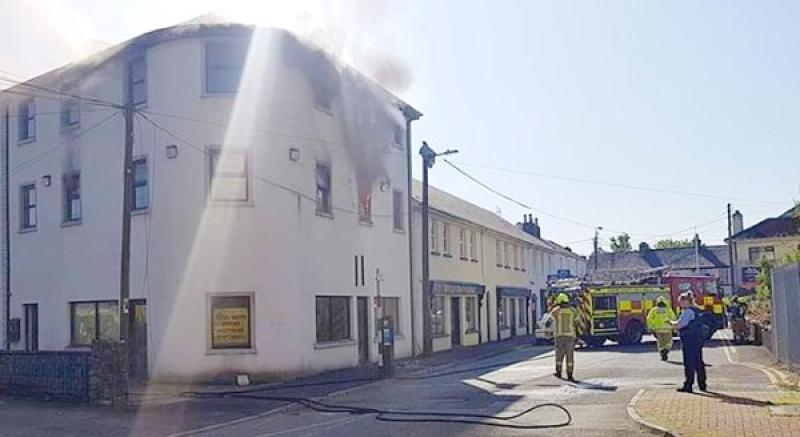 The scene of the fire on Nelson Street

Kildare Fire Service unit from Athy responded to a blaze in the town on Monday morning.

Firefighters from Stradbally Fire Station also attended the incident on Nelson Street at 10.15am.

Local Gardaí were also present at the scene.

A Kildare Fire Service spokesman told KildareNow that the blaze broke out in the first floor apartment.

Nobody was injured in the incident.

The firefighters left the scene at around 1pm.

Meanwhile figures released by Kildare Co Council show that Athy Fire Station had 118 operational call-outs up to the end of June this year.

The Station responded to a total of 266 incidents last year.