Kildare photographer bowled over by support and goodwill 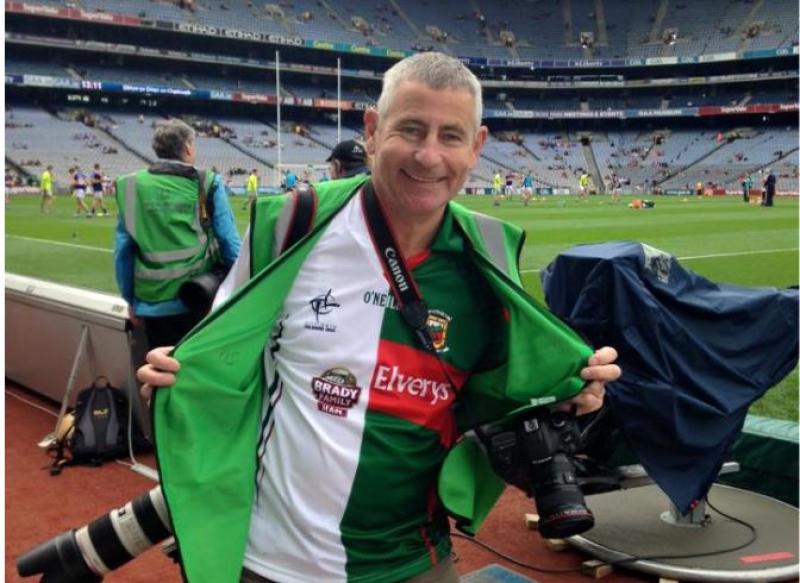 Pat Tinsley wearing his heart on both sleeves - photographed here at Croke Park for the U20 All Ireland Football Championship last year, Kildare v Mayo. The Lilies won....

A bit taken aback initially on learning on 'An Appreciation Night' to be hosted tomorrow night on his behalf, Newbridge photographer Pat Tinsley has stated he is "deeply moved, grateful and humbled by the goodwill and affection being bestowed upon me by friends and strangers in the local and wider community".

Adding he had been "cursed by illness but blessed with love", Kildare's best known sport photographer stated, he had "witnessed the generosity of Newbridge, Kildare and, indeed, Irish people in general as they rallied in support of worthy causes. How ironic that having been involved in several of these, I would morph from the position of donor to recipient".

Speaking openly about his diagnosis of hATTR, the hereditary, degenerative and fatal form of Amyloidosis, symptoms include cardiomyopathy, polyneuropathy, autonomic neuropathy and hypotension. It's now a year since Pat received his diagnosis whilst attending the Royal Free Hospital in London. At the time, there was no treatment and therefore, no cure.

"However, clinical trials of two new drugs (Patisiran and Inotersen) have had game changing results and are now being hailed as miracle drugs. They have been approved for use by the NHS" said Pat. "Unfortunately, the Treatment Abroad Scheme operated by the HSE will not fund what they describe as "novel treatment/drugs" so it looks like I won't be getting any in the near future".

Taking inspiration from his niece Orla, Pat stays positive, especially after his recent visit to the Amyloidosis Clinic in London when the consultant told him they are trying to have Pat listed for upcoming clinical trials with a mark 2 version of Patisiran. This could mean Pat will have to travel over every three weeks at his expense for an infusion.

But the support and goodwill he has been receiving on social media recently has given him a great mental boost.

"The support I am getting on Facebook via comments and private messages has been incredible and it gives me strength to fight this thing to the bitter end. As I've joked before, if I'd known I would receive all this kindness I'd have gotten sick years ago!" 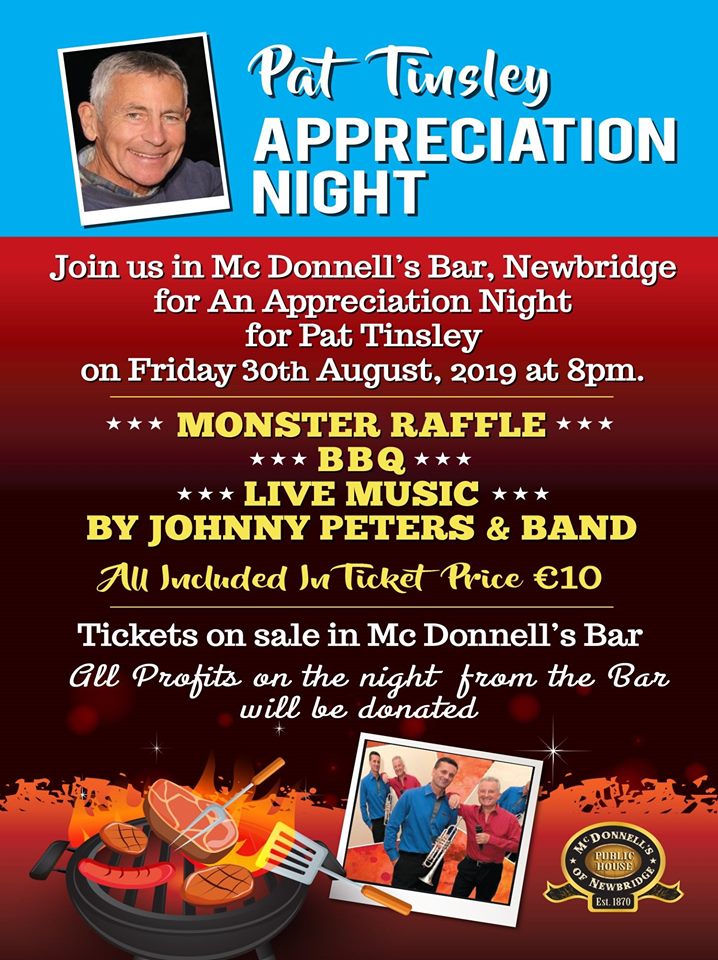 Tomorrow's event was initiated by Eric McDonnell senior, and organised by Jackie Tyrell, Eric McDonnell senior and junior, and Ronan Sweeney, assisted by Johnny Peters who will no doubt rock McDonnell's! Jackie stated they felt it was on opportunity to say thanks to Pat, who has literally been a "preserver of memories" for Newbridge town and indeed, the wider community. He has given photos free gratis over the years to so many clubs, local projects and community events, the organising group felt it was time to acknowledge that and to host a fitting tribute night in appreciation.

Tomorrow night in McDonnell's commencing at 8pm, with music by Johnny Peters and a clatter of the finest local talent. Finger food plus a mega raffle all included in your €10 admission ticket.  Tickets available from Jackie Tyrell; The Kiosk, Newbridge; McDonnell's Bar or Fiona O'Loughlin's office, all on the Main Street.

"I look forward to greeting all of you who get there tomorrow" said Pat "And to those of you who bought tickets but can't make it, thank you most sincerely!"