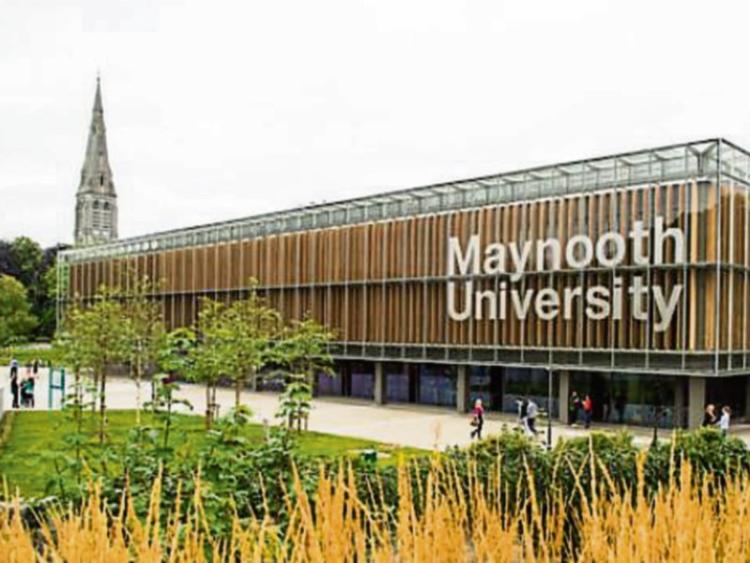 Maynooth University has today welcomed a capital grant of €25 million from Government for a major new building project to support the University’s rapidly growing student population.

The Minister for Education and Skills, Joe McHugh, TD, and the Minister of State for Higher Education Mary Mitchell O’Connor T.D. today announced a €25 million contribution from the Higher Education Strategic Infrastructure Fund (HESIF), which will, along with €32 million in university and EIB funds, deliver a landmark €57 million campus project.

The project comprises a new 10,554 m2 academic building, to open in late 2020. This forms part of a wider plan to modernise and expand a further 5,670 m2 of the existing Arts and Sciences buildings, for completion by 2021.

Prof Nolan continued: “Maynooth University has seen significant growth in our student enrolment, and the output of skilled graduates across a range of disciplines is vital to balanced regional and national economic development, and critical in addressing the major challenges of the twenty-first century. This funding will provide much-needed physical infrastructure that will allow Maynooth University to play a vital role in the national context to respond to these challenges.”

Maynooth University is Ireland’s fastest growing university. While serving students from all corners of Ireland and internationally, MU has played a particularly important role in meeting the rapidly growing demographic demand for higher education in the Mid-East, Midlands and the western edge of the Dublin metropolitan area.

Formally established as an autonomous university in 1997, Maynooth has tripled its enrolment to almost 13,000 students from at least 90 countries, and is ranked among the top 50 global universities under 50 years old in the Times Higher Education (THE) Young University Rankings.

Prof Nolan concluded: “This infrastructural project will further support Maynooth University’s research and innovation in areas vital to economic, social and environmental challenges, including climate science, environmental science, artificial intelligence, regional and urban planning, smart cities, the future of work, as well as services innovation, public policy and social change. We welcome this important announcement from Government and its recognition of the important role Maynooth University plays in these areas of national and international significance.”