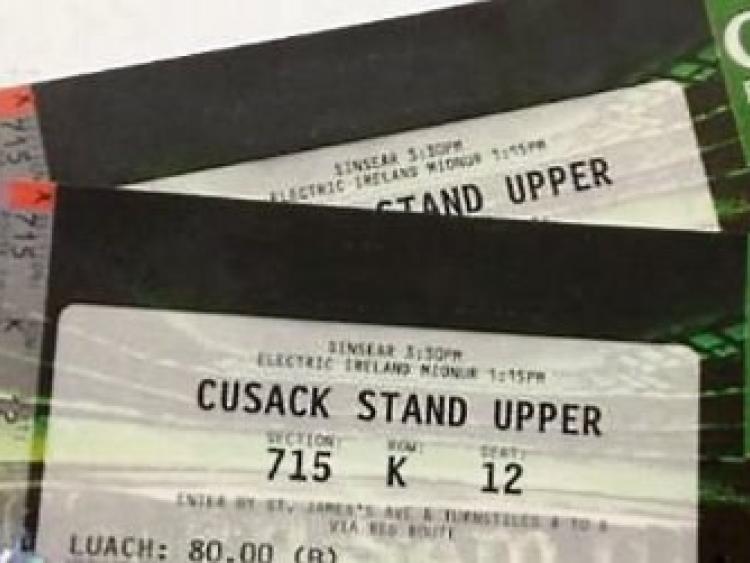 A devastated Co Kildare mum has told how a conman scammed her out of €420 as she tried to buy All-Ireland final tickets.

Kildare woman Siobhan - not her real name - said she was "broken up" after "falling victim to this scumbag".

She said she initially went to but two Cusack Stand tickets for her and her daughter after seeing a post on Adverts.ie.

She told Liveline on RTE Radio One: "After we exchanged phone numbers he explained he would only give them to someone who he trusted and would not sell them on for a profit.

"He claimed he was a solicitor, but got a job working in the GAA and had spare tickets for the final.

"He wanted to ensure that his tickets didn’t fall into the hands of touts, and would only sell to genuine fans."

They agreed to meet near to Croke Park after speaking on the phone for around an hour - and exchanging social media accounts as an extra safety measure.

The scammer also offered her a premium and two Hill 16 tickets that he wanted to sell to "genuine" fans. Siobhan took up the offer after phoning friends who immediately accepted.

She told the Independent: "It came to a total of €420 for the five tickets at face value.

“I told the man that my daughter was so excited about the tickets and that she couldn’t thank him enough.

“He even said he had an extra surprise for her and sent her a video from outside the Cusack Stand showing where he said she would be seated on Sunday.

"I had no reason whatsoever to doubt his authenticity."

She arrived to Dublin with three of her neighbour's children she was minding and met the man at 1pm in the day at James Gill’s Corner House.

She added: "He was very well-dressed - and even promised the kids that they could have a tour of the stadium afterwards.

“He explained that he shouldn’t really be selling the tickets and his job in the GAA would be at risk if anyone found out.

“We then walked to the GAA ticket office on Dorset Street and asked if we could sit in the outdoor seating area of a café a few doors down while he got them.

“That was the last I saw of him. After about 25 minutes of waiting, I knew something wasn’t right and I started to get very concerned.

“I then tried to ring his phone, but it was turned off. I also noticed that he deleted his Instagram account.

“I could not believe that I had fallen victim to this scam, because I’m usually so careful about these sorts of things.

“I contacted the gardaí and they were well aware of who this man was and assured me that they would investigate it.

“I’m just broken up by this, not for me, but for my daughter.

“I still haven’t the heart to break the bad news to her yet. She’s going to be absolutely devastated.”