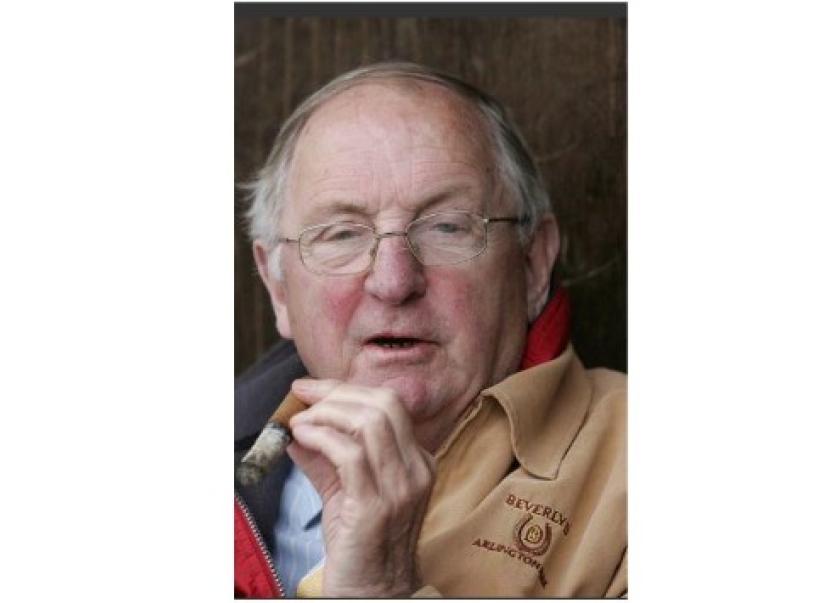 The vet of Moyglare Stud for more than half a century, Mr Cosgrove was also Shergar’s vet and had been a shareholder in the stallion before the Derby winner's infamous kidnapping.

He appeared in the BBC-shown documentary 'Searching For Shergar' and it is said that he gave £80,000 to act as a partial ransom in a botched Gardai sting.

“I was really sorry to hear of Stan’s passing.

"He was a legend of Irish racing and, by common consent, one of the most gifted equine veterinarians.

"He was involved in all aspects of the industry and was one of the visionaries behind the establishment of the RACE Academy for training jockeys in Kildare.

"His relationship with Walter Haefner saw the Moyglare Stud established as a world leading racing and breeding operation and he served as President, Trustee and Chairman of the Irish Thoroughbred Breeders Association, which inducted him into its Hall of Fame.

"Stan was wonderful company and a great story-teller who was much loved and widely respected within the industry. He will be greatly missed.”

Fiona Craig, Moyglare Stud’s bloodstock and breeding adviser, said: “He was a fabulous man who lived a fabulous life.

“He was just short of his 92nd birthday. Even in the last week, the mind was as sharp as it ever was.

“Stan was still in contact with Walter Haefner’s daughter, Eva Maria, when he retired.

“He was probably one of Ireland’s most gifted vets. Wherever you went in the United States, Australia or anywhere, everybody knew him.

“He was a pioneering vet in orthopaedic surgery and colic surgery on racehorses. He was doing things before they wrote the text books.

“He was a supreme vet back in the days when they learnt it the hard way.”

Ceann Comhairle Sean O'Féarghaíl has paid tribute to the passing of the Kildare man.

"I'm so sorry to hear this morning of the passing of a great Kildare man, Stan Cosgrove of Barrow House Monasterevin.
Stan was a legendary figure in the veterinary and bloodstock sectors.

"Through his genius, commitment and hard work the Race Academy and Centre of Education was founded and developed to the great success it is today. In this endeavour he partnered with the late Derek O'Sullivan and won the support of key figures in the bloodstock industry for the fledgling academy.

"Stan's Troytown Equine Hospital near Kildare Town was a pioneering initiative and his work with Moyglare Stud won international acclaim.

"That said, he was as good, as decent, and as kind a human being as one could hope to meet in a lifetime - he had the ability to engage with a prince or a pauper with equal ease and attention. My deepest sympathy to all his family, friends, and work colleagues."

Mr Cosgrove was only days short of his 92nd birthday and died peacefully at home, surrounded by family.

He leaves behind ten children – Mary, James, Catherine, Veronica, Michael, Paul, Nicola, Emma, Johnny and Sara, as well as grandchildren and a great-granddaughter.

Mr Cosgrove will be lying in repose at home in Barrow House, Monasterevin. The house will be open on Saturday from 4pm to 8pm and Sunday from 2pm to 6pm but otherwise strictly private.

The rosary is on Sunday at 5pm with funeral mass at 11am on Monday September 2 in St Peter and Paul's Church, Monasterevin, followed by burial in St Evin's Cemetery. Family flowers only.