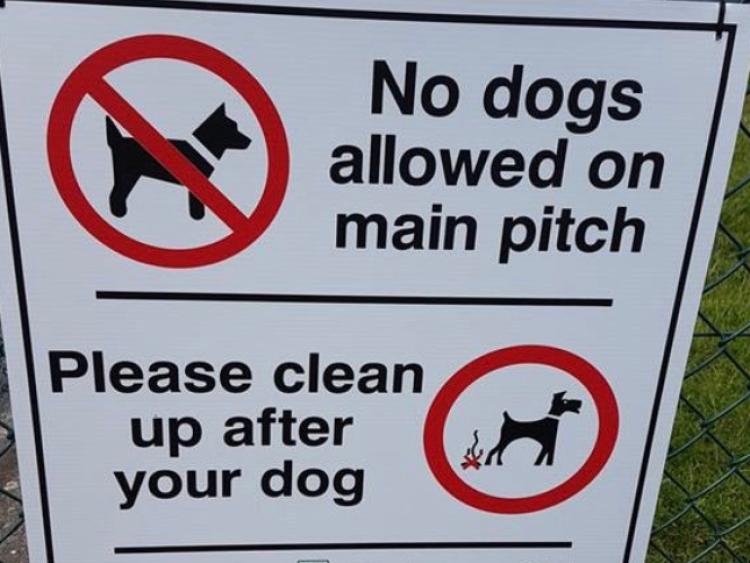 Johnstownbridge GAA Club has warned supporters that dogs are not allowed on its grounds due to health and safety.

Last week Kildare County Council warned about the dangers of young children getting infected by a parasite found in dog poo left on footpaths and roads.

The Johnstownbridge Club said on Twitter: “Can we please remind you dogs are NOT allowed on our club grounds due to Health and Safety.

“Yesterday evening a group of kids while playing on the Astro had a lucky escape from a pile of dog poo.

“Please respect others who use our fantastic facilities and leave your dog at home.”

The Council has previously warned said that dog fouling is an increasing concern in communities and is regularly raised by residents’ associations, Tidy Towns committees and other community groups.

A Council spokesperson said: “Dog fouling is unsightly, unpleasant and can lead to Toxocariasis in humans — which causes illness and can even lead to blindness.

“You can reduce the health risk to the public by regularly worming your dog.”

Toxocariasis is caused by a parasite known as Toxocara Canis (more commonly known as Roundworm). These parasites live in the digestive system of dogs.

Eggs can be released in the faeces of infected animals and contaminated soil. If someone ingests infected material the eggs may hatch into larvae and can lead to Toxocariasis.

Toxocariasis usually affects children between one and four years old as they are more likely to touch things and put them into their mouth and also not wash their hands properly.