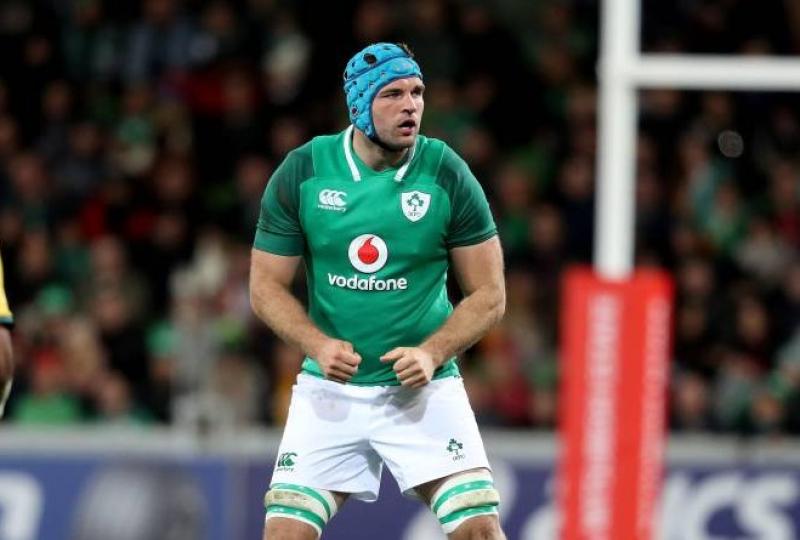 The Ireland coaching group have named the 31 man squad that will travel to Japan on the 11th September to compete at Rugby World Cup 2019.

And it's good news for Eadestown native Tadhg Beirne who will be travelling with squad members to Japan.

Beirne received his senior international debut on June 16 last year, coming on as a replacement for Peter O'Mahony in the second test against Australia on a tour Down Under.

Beirne is one of 19 players going to their first World Cup.

The squad is captained by Rory Best who will play at a fourth Rugby World Cup having been involved in the 2007, 2011, 2015 editions.

Ireland are in Pool A and will play Scotland, Japan, Russia and Samoa. Ireland’s opening fixture is against Scotland at the Yokohama Stadium in Tokyo.

Six days later Ireland will take on tournament hosts Japan in Shizuoka before playing Russia in Kobe the following Thursday. Ireland’s final pool game is against Samoa on Saturday 12th in Fukuoka.

Ireland play Wales in the final game of the Guinness Series 2019 at Aviva Stadium on Saturday – tickets are on sale from ticketmaster.ie – click here to buy.

It was a difficult thing right from the start to have the 45 that we had.  We went down to 40 players and to go from 40 down to 31 was really difficult, but we had a process whereby we looked back through every training, looked through the games.

There were some guys who obviously had more experience and probably had more credit in the bank and were more established and there were other guys who were trying to force their way into group and trying to get a balance of current form versus previous performance,  it’s always a very very difficult conundrum to try to solve.

It was one of those typical selection meetings where maybe 20-25 of the players are listed straight away and it’s those ones where you’re are trying to get balance where it’s very difficult to choose between two players and two players offer slightly different things and you’re trying then to narrow down and trying to get the best balance across the squad of the entire 31 because that’s part of what you need to do because you’ve got to make sure you have cover that’s immediate even though you can replace players there is obviously a big time delay in that.”