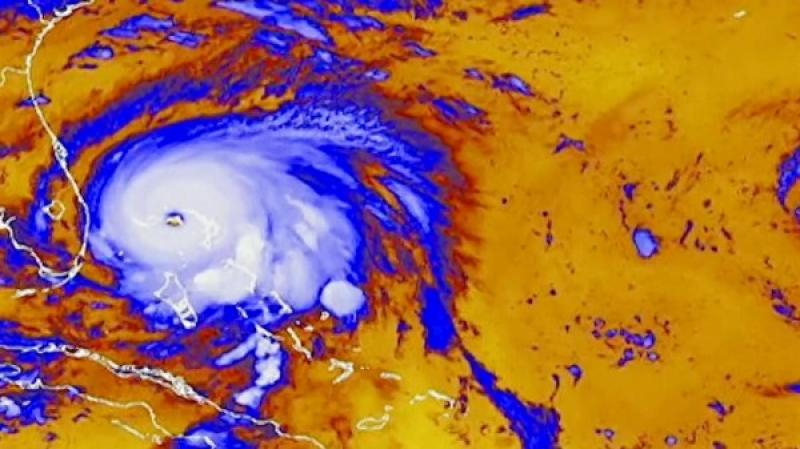 Hurricane Dorian's impact on Ireland could be "a wet and windy spell" of weather, says Carlow forecaster Alan O'Reilly.

Dorian is estimated to be the second-most powerful hurricane ever recorded in the Atlantic Ocean.

According to www.carlowweather.com, the current forecast track shows it heading into East Canada and weakening before the remains track across the Atlantic towards Iceland with some outer bands of rain "possibly" reaching Ireland Monday or Tuesday of next week.

Hurricane Dorian is currently centered over Grand Bahama Island and it is still a Category 5 hurricane.

Alan added: "The track has changed a lot over the past few days so this track will likely change too and even based on this track the impact to Ireland would just be a wet and windy spell of weather.

"However, the forecast for next week is far from certain so keep updated."

On Monday, Hurricane Dorian slammed into the Abacos Islands in the Bahamas as an incredibly powerful Category 5 hurricane, with howling winds in excess of 185 mph and with gusts up to 220 mph.

The storm brought with it a surge — coastal flooding — of 18-to-23 feet above normal tide.

The storm is not currently expected to make landfall in Florida, but instead, to stay uncomfortably close offshore.

However, the NHC warns that even small changes to the forecast can bring intensely dangerous conditions to the coast.

Much of Florida’s Atlantic coast is under a hurricane warning or a watch, meaning hurricane conditions are imminent or expected. The hurricane is expected to be just offshore of Florida’s coast by early Tuesday.

For those asking if #Dorian will have any impact on Ireland the current forecast track on GFS shows it heading into East Canada and weakening before the remains track across the Atalantic towards Iceland with some outer bands of rain *possibly* reaching Ireland Mon/Tues next week pic.twitter.com/O18GxyJfAK