Celbridge turn on the style in top of the table clash 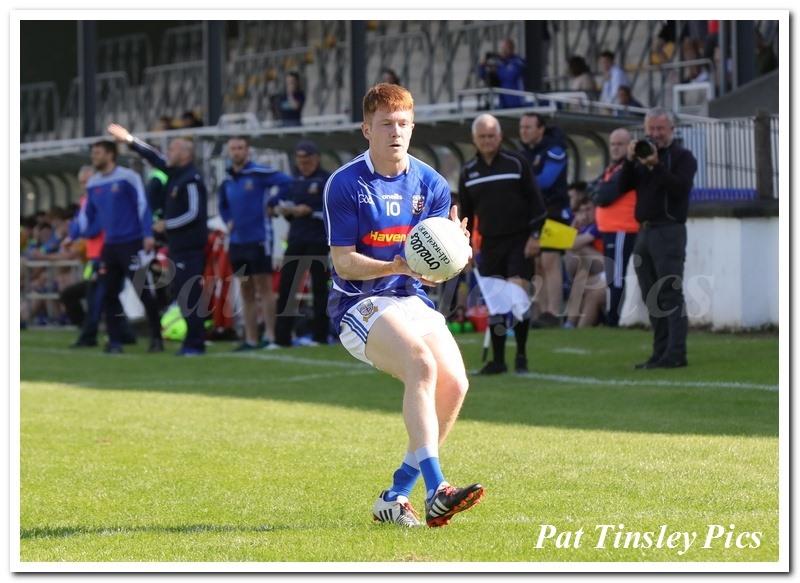 In the end a devastating half an hour period where Celbridge scored 3-7 without reply ensured they were too hot to handle for Confey in the final round of Group 3 of the Senior Football Championship on Saturday.

The result gives Celbridge a fully deserved quarter-final place and they may just be timing their run to perfection as they have eased through their three games to date.

Kevin Flynn was brilliant in his first game back from injury and with Paddy Brophy and Mark O’Sullivan also nabbing first half goals they were in cruise control.

It was a bit of an arbitration for Confey as although being underdogs two wins from two would have given them plenty of optimism but they were blown away in exceptional circumstances and after suffering a couple of injuries getting up for Sunday’s Pre-Quarter Final tie with St.Laurences may be a test.

With Kevin Flynn and Kevin O’Callaghan both returning from injury and getting on the scoreboard Paul Curran certainly has a fine deck at his disposal to deal with.

It only took 30 seconds for Celbridge to go ahead with Kevin Flynn showing no ill effects of his long-term layoff as he ran from midfield at fierce pace before driving a shot to the net past Eoin Fallon.

Davy Hughes, Craig Mooney, Bryan Flynn and Fergal Conway followed up with points and Confey already looked in grave danger trailing by seven halfway through the half.

Two goals in two minutes certainly ended all uncertainty though as both Paddy Brophy and Mark O’Sullivan palmed shots home as the Hazelhatch Road based outfit ran at the Confey defence at will.

Brophy, Hughes and Tony Archbold added further scores before the break as Celbridge remarkably hit 3-7 on the trot to blow their opposition away.

Confey did finally get on the board with a Niall Carney free while James Gately with the help of a deflection kicked in a goal but it only really put a bit of respectability on the scoreboard at half-time.

The second half was a lot less eventful but after Carney kicked his second free Confey did find themselves down to 14 players after Hugh Lynch was sent off on a second bookable offence.

Celbridge took advantage to extend their lead with two points from Kevin Flynn and David Hughes’s third effort of the day having them in a comfortable 3-10 to 1-2 lead.

It was then tit for tat for the rest of the half as Confey tried to remain competitive with Carney, Michael McCann and Ciaran Lyons all knocking over points.

For Celbridge though bigger challenges await in the quarter-finals and they ended the game with a brace from Tony Archbold while sub Kevin O’Callaghan also got on the board in a comprehensive success.