Tyrrell and Hurley Lynch star in Moorefield's victory over Eadestown 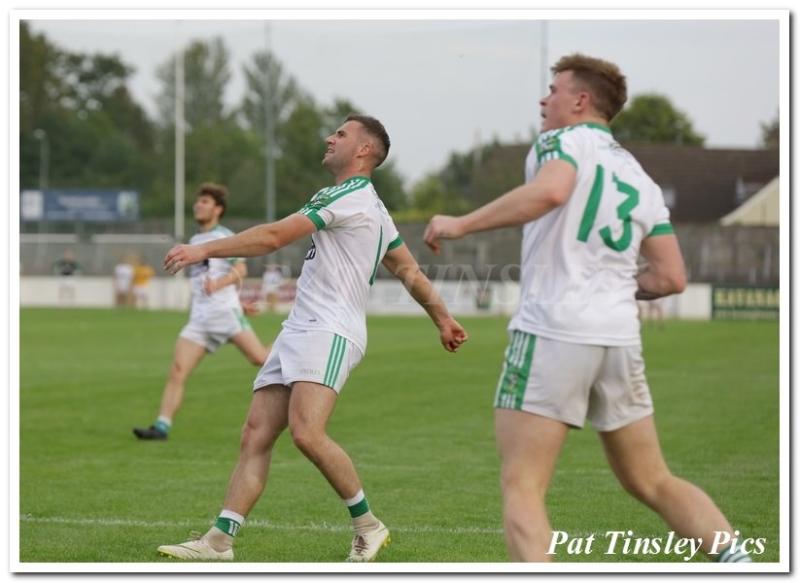 It was a case of business as usual with Moorefield easing to an eleven point success over a gallant Eadestown side on Saturday Night.

Despite a spirited performance by Eadestown the County Champions were always in a degree of control and you sensed they could have went through the gears if needed.

It was the second consecutive game that both James Murray and Eanna O’Connor sat out but despite a bit of a reshuffle things still went to plan for the Newbridge side.

Adam Tyrrell and Niall Hurley Lynch in particular were to the fore with Hurley Lynch getting a brace of goals as Tyrrell landed eight points.

Cian O’Connor got the other goal in his first start in a while as Moorefield overturned an early deficit.

It took five minutes before the deadlock was broken as Adam Tyrrell converted a free but it was a lead that was short lived after Eadestown found the net when a deflected effort from Conor Doherty found its way past Ian McDonnell.

Twelve scoreless minutes followed for Eadestown though and Moorefield took full advantage with points from play by Tyrrell, David Whyte and Eamonn Callaghan coming either side of a couple of goals.

Cian O’Connor got the first of them when blasting home on the back of an assist from Kevin Murnaghan and Niall Hurley Lynch also fund the net when a long inside ball from Aaron Masterson was broken by Tyrrell into his path for him to finish.

Eadestown replied with points from Conor McCarthy and Eoin Conneff but again Moorefield hit them with a sucker punch as Hurley Lynch doubled his tally of goals.

Eddie Heavey and Eoin Cummins then exchanged scores as Moorefield went into the interval leading 3-6 to 1-3.

From a Moorefield point of view most of the second half was the Adam Tyrrell show as the talented forward scored all but one of their six points and with a bit more luck he would have had a goal too after he brilliantly nipped the ball up to himself and drove a shot narrowly into the side netting.

He popped over a free moments later to open up a ten point lead for his side before Ronan Slattery replied in kind.

Tyrrell responded with successive frees and Eddie Heavey also added his second point from play to leave the score at 3-10 to 1-4 in the Moores favour.

To Eadestown’s credit though they have shown huge improvements this year and their young side weren’t just going to lie down and die and they outscored Moorefield for the last quarter with points from McCarthy and Doherty.

Tyrrell kicked his last two points for the winners during this period as Moorefield sealed second place in the group and they can now look forward to a weekend clash with Clane while Eadestown will do battle with Castledermot.