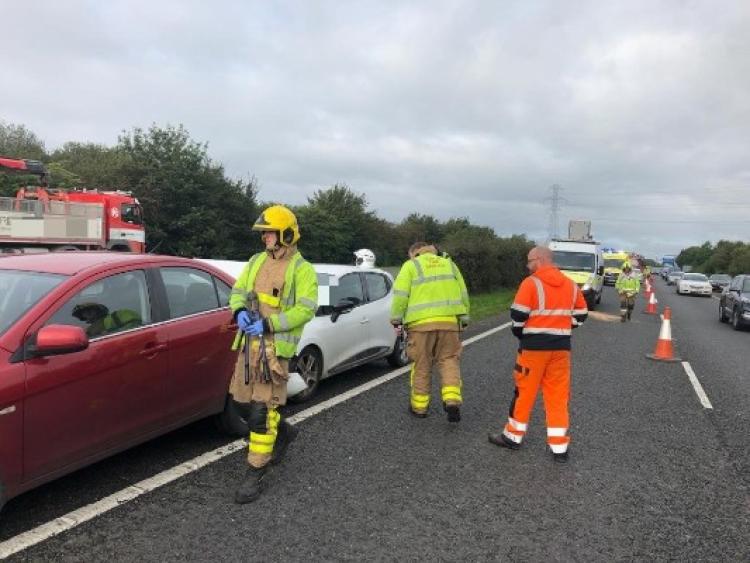 The scene of the collision. Photo: Dublin Fire Brigade

A crash on the M4 eastbound before Junction 6 Celbridge has been moved in to the hard shoulder.

Traffic remains heavy from before Junction 7 Maynooth on approach to the incident.

Earlier, photos from Dublin Fire Brigade showed traffic down to one lane as the scene was cordoned off with cones. 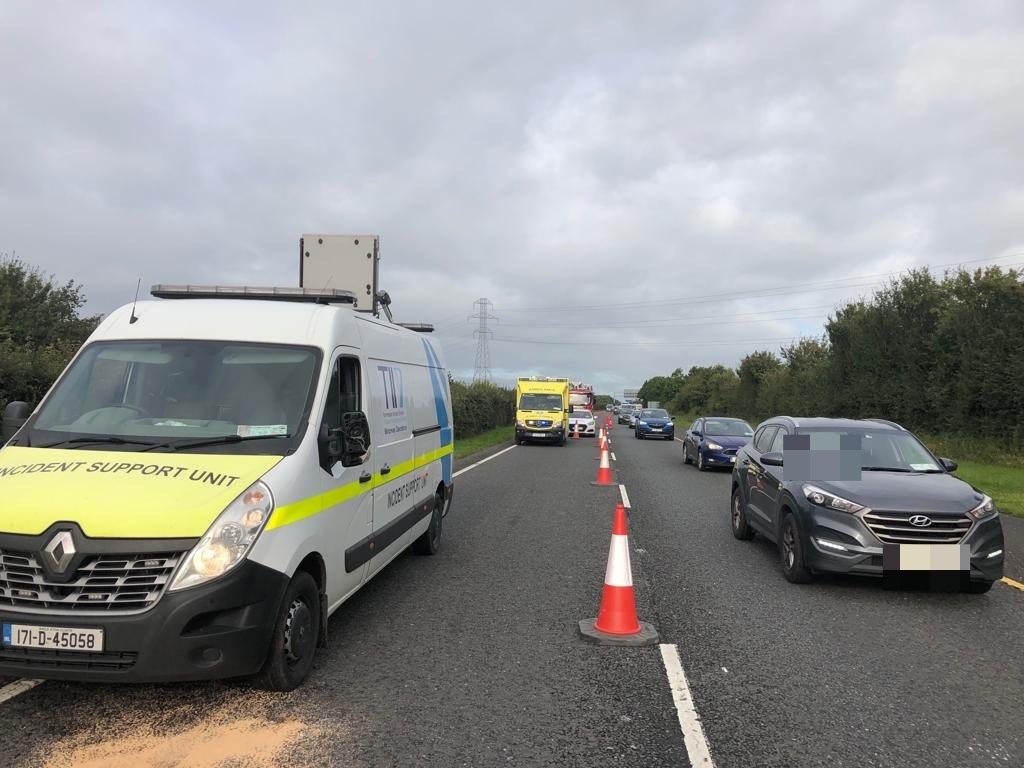 There appears to be a fuel spill at the scene which has been treated and made safe by Fire Services.