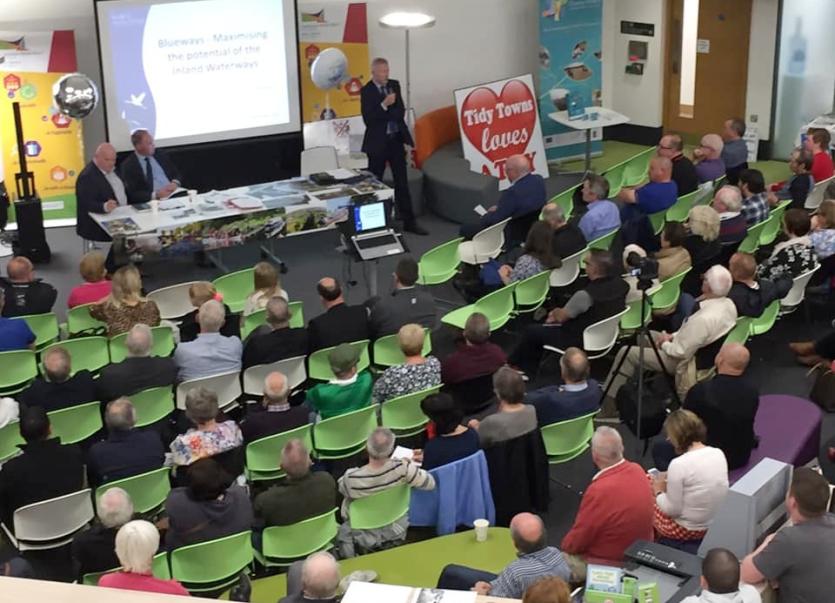 A section of the audience in the Community Library

A large crowd attended a public meeting on the proposed Blueway trail - a 46km walking and cycling trail along the Grand Canal Barrow line from Athy to Robertstown.

The meeting in the Community Library was organised by Athy Town Promoters and chaired by Cllr Mark Wall. 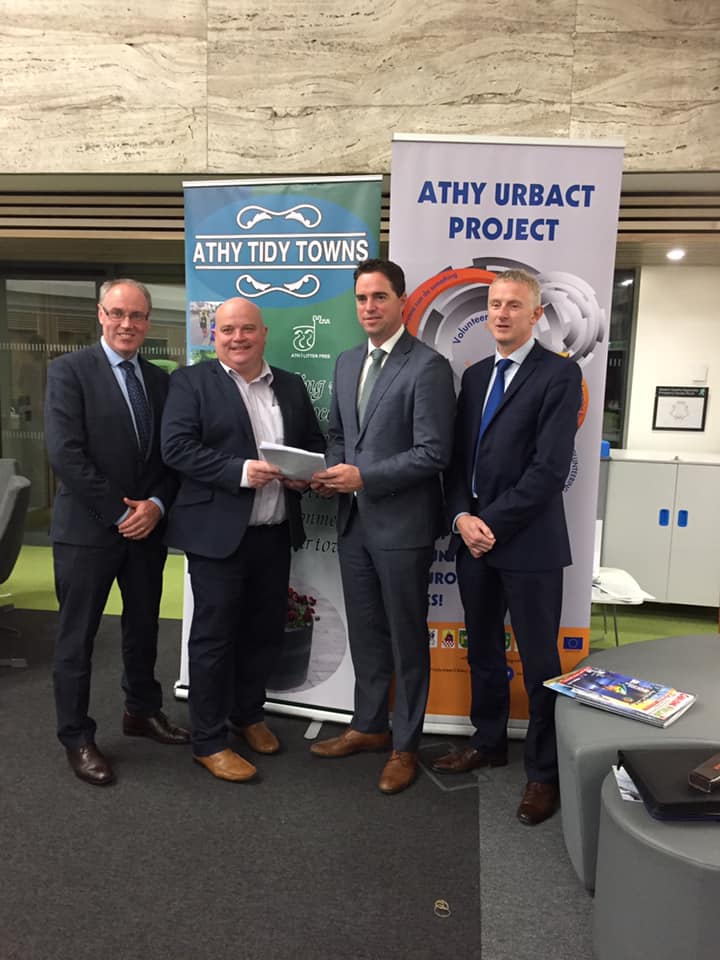 The event heard that the proposed Blueway is probably one of the greatest opportunities that Athy has seen in decades to create employment, revitalise the town and make Athy a destination.

Speakers said that the local community needs to embrace and support the project.

Contributors told the audience that towns and villages on the Waterford Greenway have been transformed - like Kilmacthomas and Dungarvan - as they have had a resurgence of economic activity attracting thousands of visitors weekly.

The proposed Barrow Blueway will run along the towpath of the Grand Canal Barrow line from Lowtown in Robertstown through Rathangan, Monasterevin and Athy.

The Minister with responsibility for Waterways Ireland Josepha Madigan attended a meeting in Monasterevin on the issue last week.

Cllr Brian Dooley said: "This is an exciting project that could impact with great positivity the rural communities economies along the route.

"I hope they are successful with the funding application €6.8 million, and if this funding is forthcoming the 46km stretch from Lowtown to the Horsebridge in Athy could be open within 18 months to 2 years."

Former councillor Thomas Redmond said it was great to see so many people in support of the project in Athy.

He said Waterways Ireland have given assurances that the Blueway will also be accessible for people with disabilities.

“This has enormous potential to be a key economic driver for South Kildare, with the scope to underpin and support the SME sector, which if successful is the most valuable sector in turns of money turning within the county.

“I would encourage everyone to work together to be ambassadors for this project and explore all the potential opportunities.”

BREAKING: Man to appear in Naas court in connection with major drugs seizure in Newbridge