Getaway car linked to Dublin shooting burned out near Kilcock 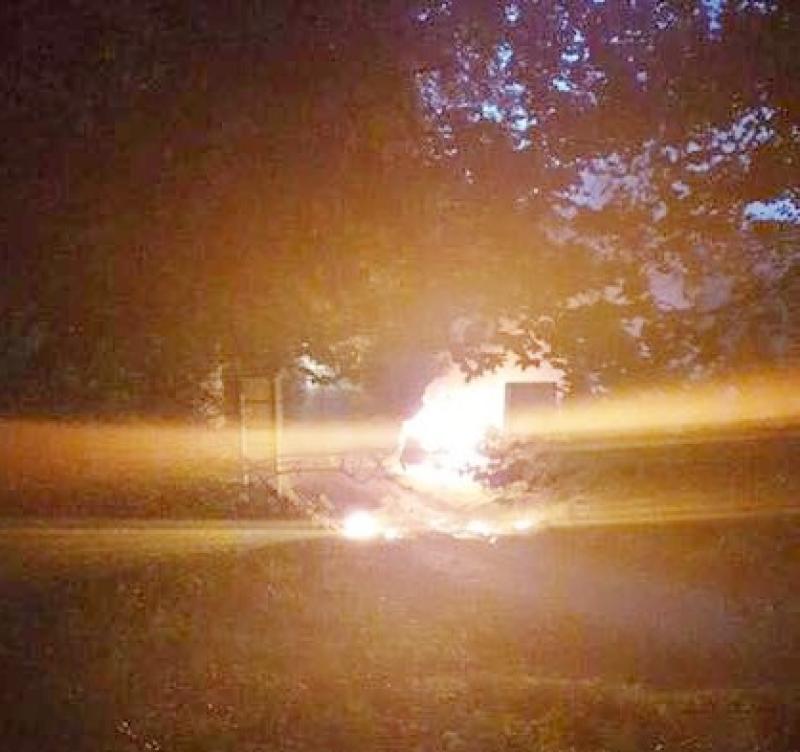 Scene of a car on fire on the Old Bog Road, Kilcock. Photo: Leinster Checkpoints

A getaway car believed to have been used in a serious shooting in Lucan on Wednesday was later burned out near Kilcock.

A man in his 40s was shot as many as ten times as he sat in his Toyota car in Griffeen Glen Park in Lucan just before 2pm.

The car appears to have been rammed beforehand.

The victim was hit in the body, head and arms.

He was taken to Connolly Hospital in Blanchardstown where his condition was described as critical.

A getaway car was found burned out some time later on the Old Bog Road, Killeighter, Kilcock.

This area is located just off the R148 Kilcock to Enfield road and is close to the Kildare/Meath border.

This vehicle is believed to have been one of four getaway cars used in the gun attack.

Gardaí said: "Gardaí in Lucan are appealing to anyone who may have noticed anything suspicious or any suspicious persons between 8pm and 9pm on Wednesday, 4th September 2019 on the Old Bog Road, Killeighter, Kilcock, County Kildare to come forward."

Gardaí are also appealing to any motorists who travelled this route between 8pm and 9pm who may have dashcam footage.

Gardaí are also renewing their appeal to anyone who may have noticed two males running from vehicles at:

Officers also appealed for witnesses to any unusual activity in this area on Wednesday or over the last five days, or any motorists who may have Dashcam footage to contact Lucan Garda station on 01 666 7300, The Garda Confidential Line on 1800 666 111 or any Garda Station.