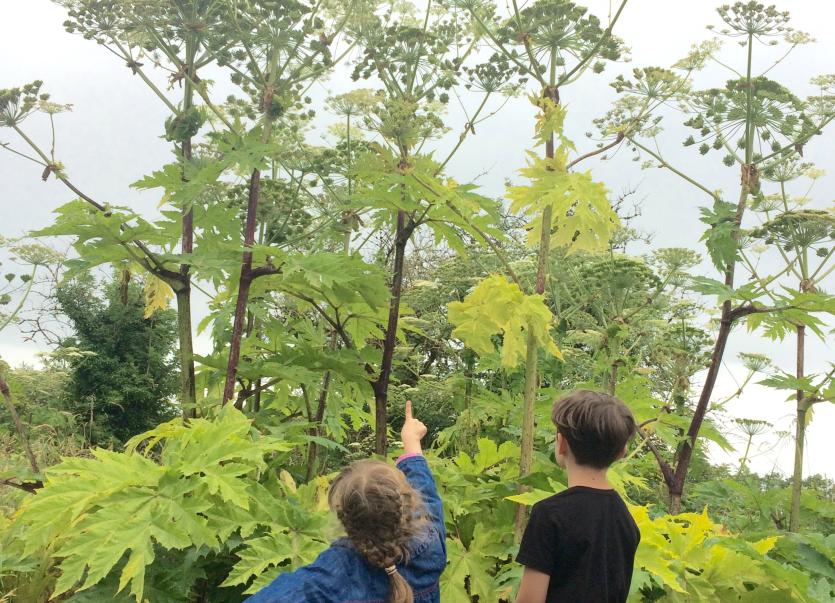 Kildare Co Council has been requested to develop an action plan to deal with toxic plants in the Athy municpal district such as ragwort and giant hogweed.

Humid and rainy weather over the past month has seen the all kinds of weeds flourishing on fields, roadsides and waste ground around Co Kildare.

Councillor Veralouise Behan called on the Council to "develop an information package, or program, for this municipal
district, to help the public identify and prevent the spread of giant hogweed, ragwort and other such toxic plants."

Farmers and landowners have a responsibility to control ragwort under the Noxious Weeds Act as it is illegal to allow the plants to grow on your property.

Fines under the Noxious Weeds Act of up to €1,000 can be applied after conviction in court.

The toxins in ragwort can also affect humans if absorbed through the skin.

The pulled plants should be destroyed or disposed of to a landfill.

Ragwort may be toxic to deer, goats, pigs and chickens.

Sheep are less affected by it but some trials would suggest lower thriving levels due to eating ragwort.

Giant hogweed can grow to over 5 metres in height and are mostly found along footpaths, river banks, cemeteries and waste ground.

The plants are native to China but were introduced to Britain and Ireland as an ornamental plant in the 19th century.

In the UK  it's an against the law to plant it in the wild while in the US, it's an offence to import it into the country.