Confey go through the gears to overcome Larries in SFC 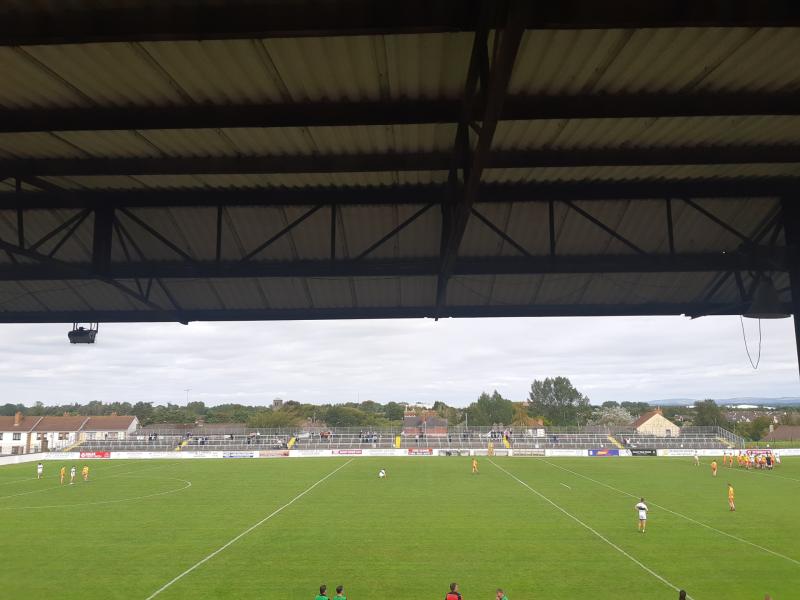 A much improved second half display ensured Confey of a place in the Senior Football Championship Quarter-Finals as they got the better of St.Laurences on Sunday afternoon.

Kieran O’Neill’s Confey team outscored the Larries 0-8 to 0-2 during that second half period as they ran out victorious with a bit to spare in the end.

Confey had more pace around the field and had more of a scoring threat while Larries were pretty one dimensional in using Padraig Fogarty at full forward.

It all means Confey face off in a noon showdown with Celbridge next Saturday in a repeat of the last group game which saw Confey heavily defeated.

Larries opened up in fine style and were three points to the good after only four minutes with a pair of Podge Fogarty frees followed by an effort on the run from Jason McHugh.

Confey soon reeled in that lead though with three points in a row themselves with scores from Ciaran Lyons, Niall Carney and Ian Devane but they will still be wondering how they didn’t find the net too as James Gately had a palmed shot saved by Shane Connolly before Devane pulled an effort wide when racing through on goal.

Larries hit back via Fogarty, James Fahey and Padraig O’Neill to reclaim their three point lead but Confey dominated for the rest of the half.

A fine score from the evergreen Barry Mackey with the outside of his right foot in the 24th minute maintained the lead for the Narraghmore based outfit but Confey got a lot of momentum going and with four of the next five points they were in front for the first time.

Brothers Cathal and Conor Jennings combined for a pair of points before Carney levelled the game for the third time with two efforts from play.

Mitch McCann ended with three points in total and his first put Confey in front approaching the break.

They couldn’t hold onto that lead though with a Fogarty score bringing the sides level at 0-8 apiece.

Fogarty and McCann shared scores at the start of the second half but that was nearly as good as it got for Larries as Confey gradually gained control.

They ground down their opponents with a brace of frees from Carney and a third score from McCann that put them into a 0-12 to 0-9 lead and that was a big margin in a game like this.

Laurences were toothless up front and they kicked their final score of the game in the 48th minute as Fogarty found the target for his sixth of the day.

Ciaran Lyons was very impressive on the long range frees for Confey and he added two of them before the end as Confey eased through the final few minutes.

Wing forwards David Slattery and Pat Griffin also got in on the act late on as Confey cruised to a six point victory.