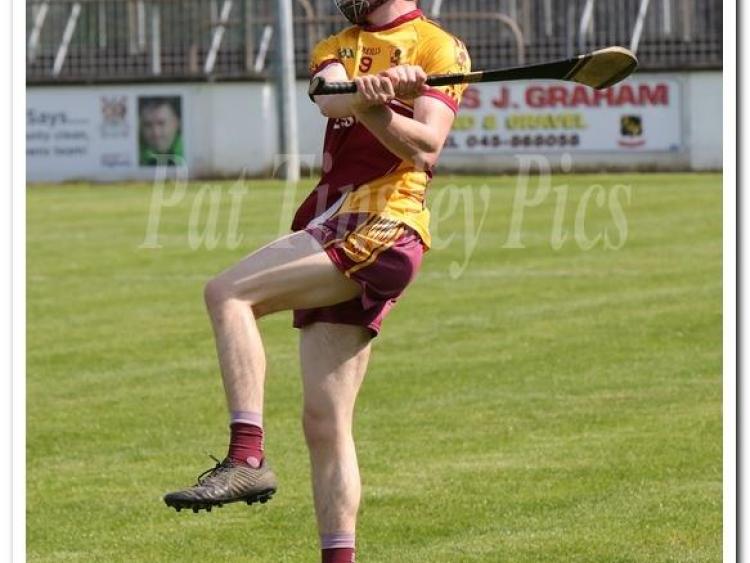 Keeping Celbridge to one-point over the two ten-minute periods of extra-time, Éire Óg Corra Choill delivered a twelve-point turn around in the final fifty minutes to win by three points.

Celbridge will be disappointed to have relinquished such a comfortable lead, maybe one that was too comfortable after Tom Fitzgerald, Leo Quinn and Mark Moloney scored goals by the 14th minute.

But when Paul Kennedy’s 45th minute goal injected belief into Éire Óg Corra Choill, they outscored the champions by 1-9 – 0-2 in the closing twenty minutes of normal time.

Instrumental in extra-time, Liam Dempsey scored his tenth-point at the beginning of the second extra period to enforce Éire Óg Corra Choill’s dominance and momentum.

Celbridge failed to register a score in the second period as referee Niall Colgan disallowed a Sam White point because the ball went out over the line a minute earlier.

Last year’s champions may well feel aggrieved as Dempsey’s sixth point in in the 56th minute of normal time came from a ball that several players and supporters felt was decidedly outside the line.

The champions just needed one or two points in the closing stages of the second-half to keep Éire Óg Corra Choill at arm’s length.

Speaking after the game, Éire Óg Corra Choill manager Johnny Enright would have beamed with pride, if he wasn’t emotionally drained.

Delighted with their second-half performance, “particularly the second-half of extra-time,” Éire Óg Corra Choill won the game without Garry Johnson and Liam Power, while he only introduced James Dolan late in the second-half.

Almost dead and buried when Quinn gave Celbridge a ten-point lead in the 39th minute, bringing his tally to 1-3, Éire Óg Corra Choill’s dogged resilience chipped at Celbridge’s lead before an avalanche of scores started an unstoppable surge.

Suggesting that “even the first ten minutes of the second-half we weren’t really going that well,” Enright say that “Paul Kennedy really stepped up to the plate and really drove us on from midfield.”

Praising the spirit and heart shown by his team, Enright remarked that “we just got a bit of momentum and kept on going and kept on going. I thought we had the momentum going into extra-time and we just kept at it.”

“We’ve been trying to build a squad all year and you’re going to lose players in Championship games, and some of our younger lads really stepped up today.