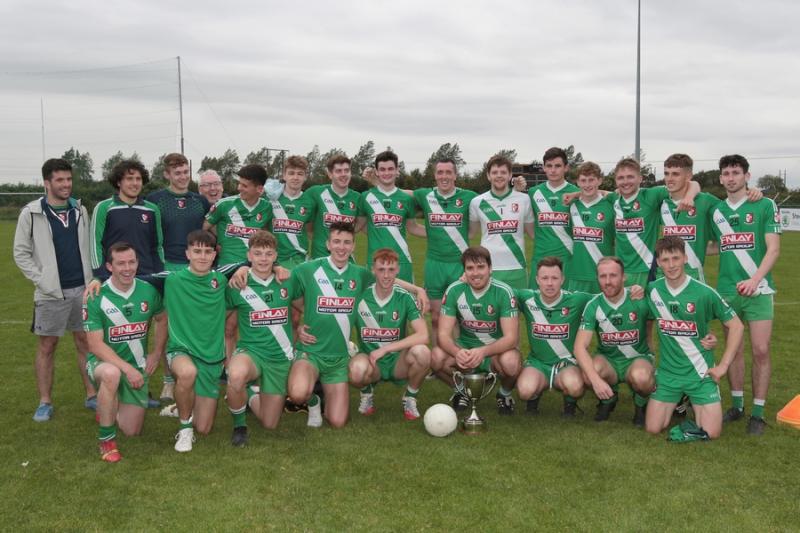 Two second half goals from Darragh McHugh helped Sarsfields regain the Reserve A Football Championship with a two point victory over Naas in Manguard Plus Hawkfield on Sunday Evening.

Naas were the defending champions having easily got the better of the same opponents in the 2018 Final and after winning the League and getting over Moorefield in the semi-final they would have been warm favourites but a big second half From Sarsfields helped turn the tables.

Sarsfields got to this stage by beating Athy a few weeks ago and they will be hoping it proves to be a stepping stone for a bigger prize later in the year.

Sarsfields looked in real trouble early on as they trailed by three points but they eventually steadied the ship with a point from team captain Ross Connor but Naas were able to kick on again.

Despite losing a couple of players from the semi-final that have since gone on to play with the Senior Team Naas looked to have the Sash's number and they went into the break with a double score advantage leading 0-8 to 0-4.

Naas really struggled in the second period though and only got 1-3 on the board and with a rampant Sarsfields side coming at them it was always going to be hard to hang on.

The defending Champions did get a goal in the 42nd minute to retake a two point lead after Darragh McHugh had goaled for the Newbridge side but a couple of Connor frees soon had Sarsfields within touch again.

Naas still led going into the final few minutes but McHugh proved to be the Sarsfields hero as he firstly netted a penalty before then kicking over the insurance point.

A mini melee broke out late on but nothing serious resulted as Sarsfields held on to claim the title.

The Final was the first of five Reserve Deciders to take place in the next few weeks.