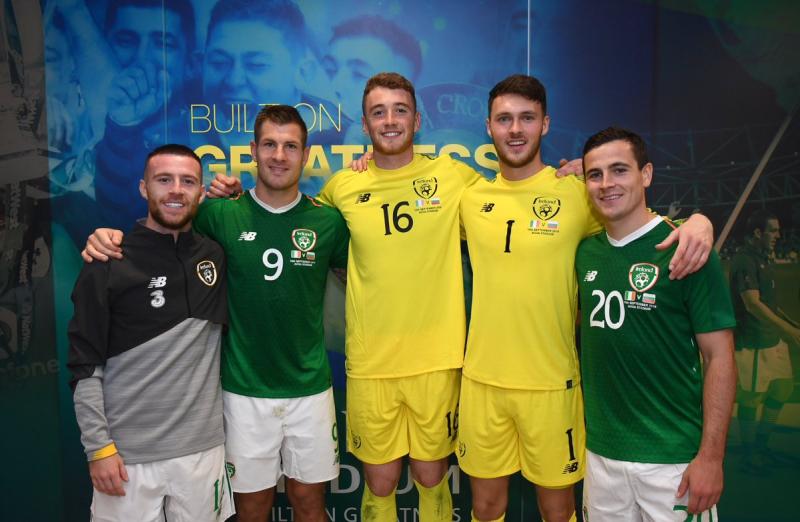 It was a proud day for everyone in Maynooth as Mark Travers became the first Kildare recipient of an Irish Senior cap in almost fifty years during last night’s 3-1 friendly victory over Bulgaria at the Aviva Stadium.

The 19 year old played for seventy five minutes before being replaced in goal by fellow debutant and former Manchester United youngster Kieran O’Hara.

It was the other three debutants that hogged the headlines though as Luton Town’s James Collins scored his first goal at the age of 28 while West Ham’s Josh Cullen was named man of the match and Jack Byrne from Shamrock Rovers had an impressive second half cameo.

Travers played his underage football for Lucan United, Cherry Orchard and Shamrock Rovers before moving to Bournemouth and he came to prominence when putting in a man of the match display against Tottenham Hotspur at the end of last season.

His game time has been limited enough with the South Coast of England based club but he did help them into the 3rd Round of the English League Cup when he saved all four penalties in a shootout victory over Forest Green a couple of weeks ago.

It wasn’t the only Kildare representation in the Green Jersey on the night though as Celbridge’s Conor Masterson headed in a goal during the Under 21’s European Championship Qualifier victory against Sweden.

The game finished 3-1 with Troy Parrott getting a brace off the bench as Stephen Kenny’s side maintained their 100% start to the campaign.