Naas Pacemakers encouraging people to get active with weekly walk

Meet every Tuesday at 10am at the Vista Centre, Naas 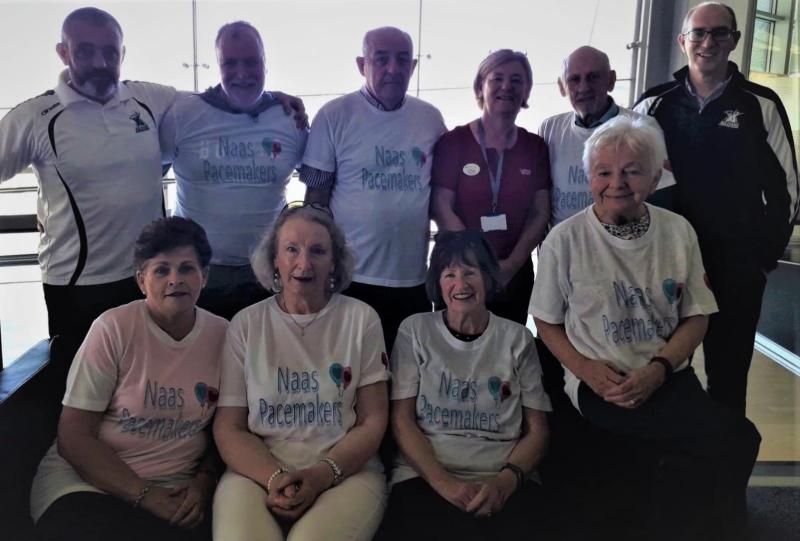 A new walking group specifically for Kildare people who have suffered heart attacks and other cardiovascular illnesses is looking for new members.

Following his own health scare in June 2018 when he suffered a heart attack, Leo mostly retired from his work as a Physical Therapist but he still wanted to encourage others who had similar experiences to his own to get their confidence back through weekly walks.

Speaking to the KildareNow this week, Leo Cluxton explained: “The group is called Naas Pacemakers and it was set up with the assistance of Kildare Sports Partnership. It’s a weekly walking group for cardiac rehab participants, who have completed a cardiac rehab programme, either in Naas, or other hospital. We walk around Naas lakes every Tuesday, meeting at 10.00a.m. opposite the Vista centre, for approximately 40-45 minutes and then we all go for a coffee before heading our separate ways.

“It’s free to join and the people who currently walk with us seem happy with it, they find it therapeutic and they can discuss their health and medication with people who understand, having been through the same thing themselves.”

Indeed, the cardiac rehabilitation group which was set up last February, is thus greatly benefitting the lives of its members. “One of our members was a hockey coach and he’d taken a heart attack one day while coaching, he subsequently joined us at Naas Pacemakers, having completed his rehab programme in Naas Hospital, for our weekly walks. He recently went back to coaching and it’s great to see that the group is helping people get their confidence back,” explained Leo.

While the group does not participate in any races or competitions, instead enjoying leisurely walks at a pace to suit everyone, eight of its members were recently honoured with gold pins from the Irish Heart Foundation after they completed 500km, individually over a period of 6 months.

The ceremony took place earlier this week on Tuesday 10 September at Kildare County Council offices in Naas, with the members facilitated by Kildare Sports Partnership and awarded the gold pins by the Irish Heart Foundation.

“The ceremony was hosted by the Kildare Sports Partnership and presented by Ger Hogan cardiac nurse at Naas Cardiac Rehab. Unit, Naas Hospital.  I’d like to thank the Cardiac Rehab Unit at Naas Hospital which does fantastic work and Heart 2 Heart in Kilcullen both of which play an important part in the rehabilitation process,” said Leo.

Naas Pacemakers is also welcoming new members and encouraging people to get active. “When you’ve had a heart attack your confidence takes a hit. The group offers members a chance to talk about whatever is troubling you , go for a walk and then go for a coffee together afterward,”added Leo.

Naas Pacemakers meet every Tuesday at 10am opposite the Vista Centre, Naas 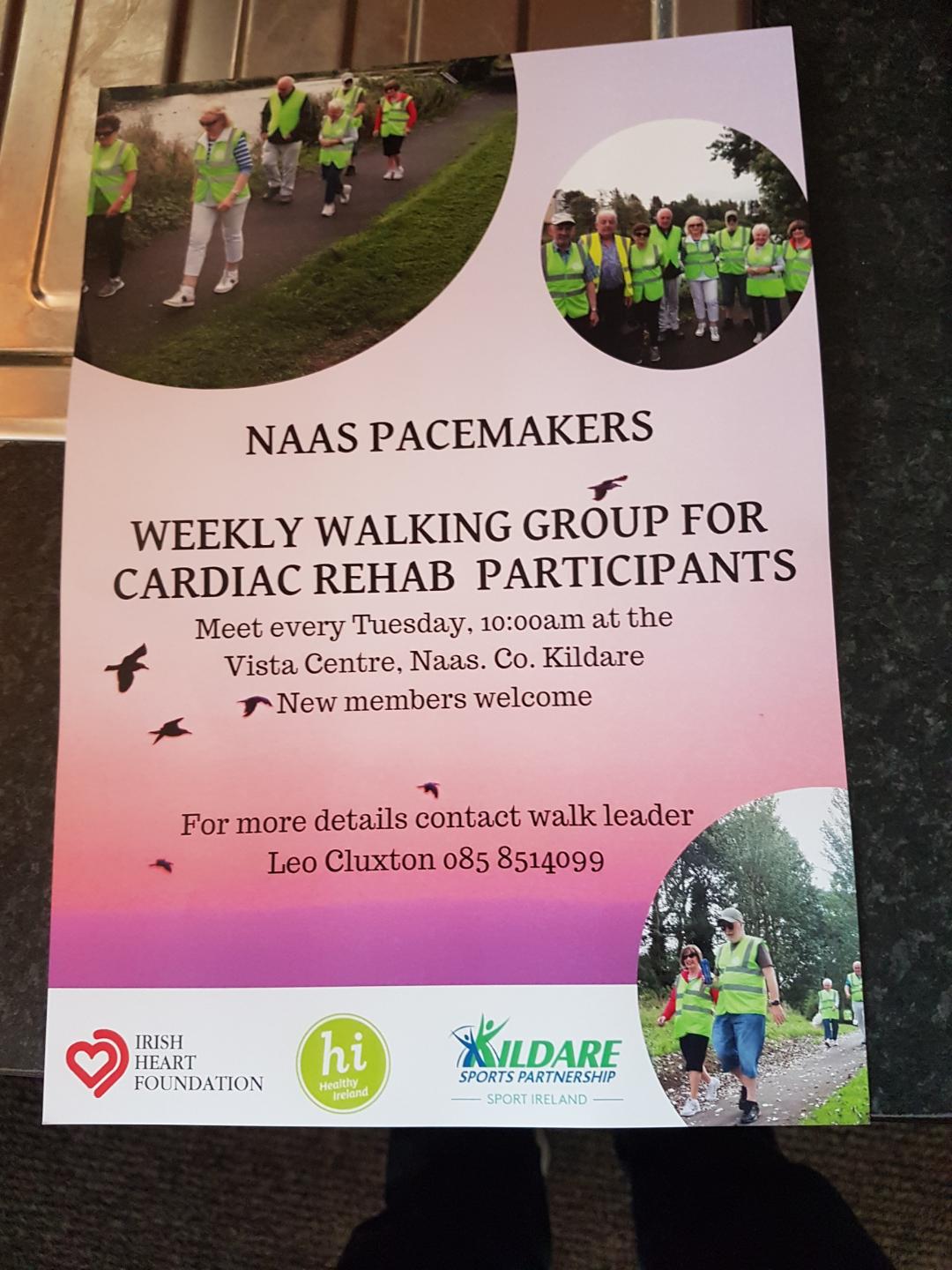