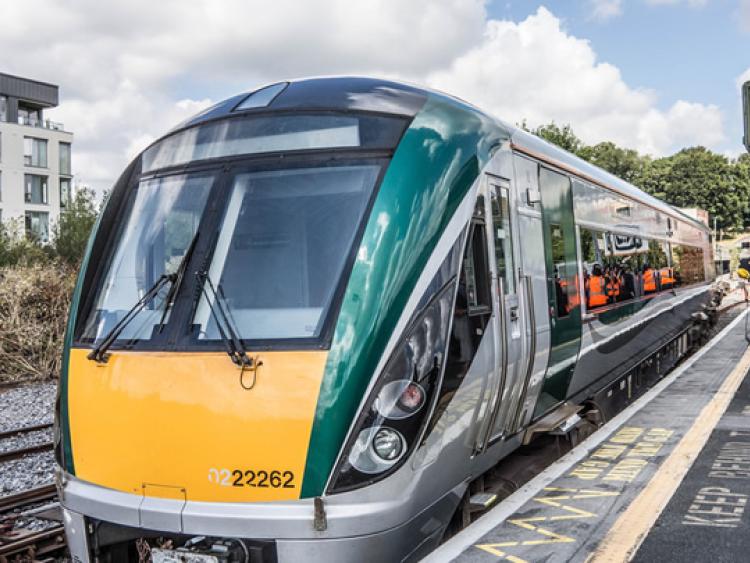 Train commuters travelling from Newbridge to Dublin are paying nearly €2,500 extra than passengers from Sallins — only seven minutes away.
This is according to Cllr Mark Wall of the Labour Party who has called on Transport Minister Shane Ross to extend the Short Hop Zone to commuter towns like Newbridge, Kildare, Monasterevin and Athy.
According to the figures, an adult return ticket from Newbridge on Monday, September 2 leaving before 7am and returning after 5.30pm return to Dublin Heuston costs €20.98.
The same ticket to and from Sallins to Dublin Heuston at similar times cost €9.80 — a full €10.18 cheaper.
The train journey from Newbridge to Sallins takes seven minutes and is more than 100 per cent more expensive.
Cllr Wall said: “Over a working month travelling from Sallins would represent a saving of €203.60 or €2,443.20 over a year.
“This in my opinion shows how absolutely unfair not extending the Short Hop Zone to commuter zones like Newbridge, Kildare, Monasterevin and Athy is.”
Cllr Wall has now set up an online petition and to date it has amassed nearly 6,500 signatures.
The politician added: “Minister for Transport Shane Ross is simply not doing enough for the commuters in South Kildare and has a great opportunity now to lead on this matter and change this major anomaly.
“In an era where ‘Climate Change’ is so important and Ireland is using three times the amount of carbon it should be it’s imperative and important to progress this change ASAP.”
The petition can be found on the www.change.org website.
Earlier this summer, Ceann Comhairle and local TD Seán O Fearghaíl also asked Minister Ross to examine whether the Short Hop Zone applying to Sallins can be extended to other Co Kildare towns in the Greater Dublin commuter belt.
Mr O Fearghaíl said at the time: “I have asked Minister Ross to raise this with the National Transport Authority (NTA).”
Hazelhatch and Celbridge, Kilcock, Maynooth and Leixlip are all within the Short Hop Zone.
Fianna Fáil TD Fiona O’Loughlin also claimed that scores of people from areas like Newbridge, Milltown, Rathangan, Athgarvan and Suncroft, are driving to Sallins every day to avail of cheaper fares.
The NTA said it recognises this disparity between Intercity and Short Hop Zone fares and has worked to limit the number of fare increases applied to Intercity tickets for commuters in other towns.