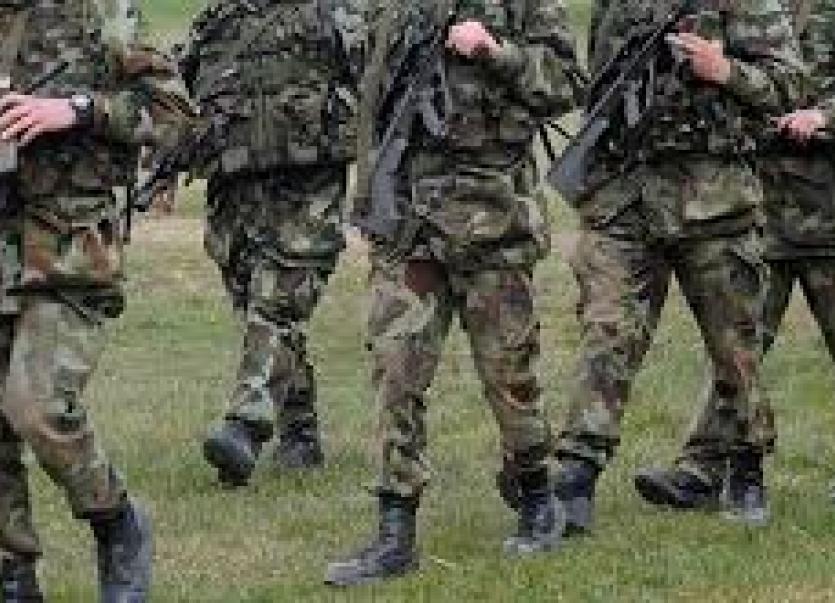 President Michael D Higgins has stated that men and women serving in the Defence Forces should have "an income and prospects" to provide for themselves and their families.

The President, who visited Newbridge on Tuesday morning,  was speaking at the Defence Force Values Awards at Áras an Uachtaráin yesterday evening and there were two recipients from Co Kildare - Sergeant PJ McCabe and Regimental Sergeant Major John Murray.

In his speech at the event, the head of state said:

“I have heard and read with anxiety of the distress that is being experienced by some of those who are giving their all to serve the State."

He added that it was "no secret" that changes in conditions for serving men and women had brought its own challenges.

“These are challenges that should be addressed with sensitivity,” he said.

Mr Higgins was a guest of honour at the Holy Family Secondary School in Newbridge on Tuesday morning to mark its 60th jubilee celebrations.

President Higgins said the awards gave him an opportunity to personally honour and acknowledge the integral role that Óglaigh na hÉireann occupies in Irish society.

“It is something that I have always been aware of,” he said.

The recipients of the awards had all displayed a “magnanimous resolve and steadfast commitment to uphold the central values of the Defence Forces”, said the President.

“Those providing such a vital service as those in our Defence Forces must be real partners in interpreting and responding to such changes.

“Should this not happen, there is a real danger of a gap opening up between our expressed appreciation of their work and the circumstances we deliver for its practice,” he said.

Many people were "understandably concerned", he said, about the ability to attract and retain people of the highest calibre in the Defence Forces.

“It is not too much, I would suggest, to expect that serving men and women should have conditions including an income and prospects that are sufficient to provide for themselves and their families.

“Indeed, as they are the employees of the State, such conditions should be exemplary for other parts of the society and economy,” he said.