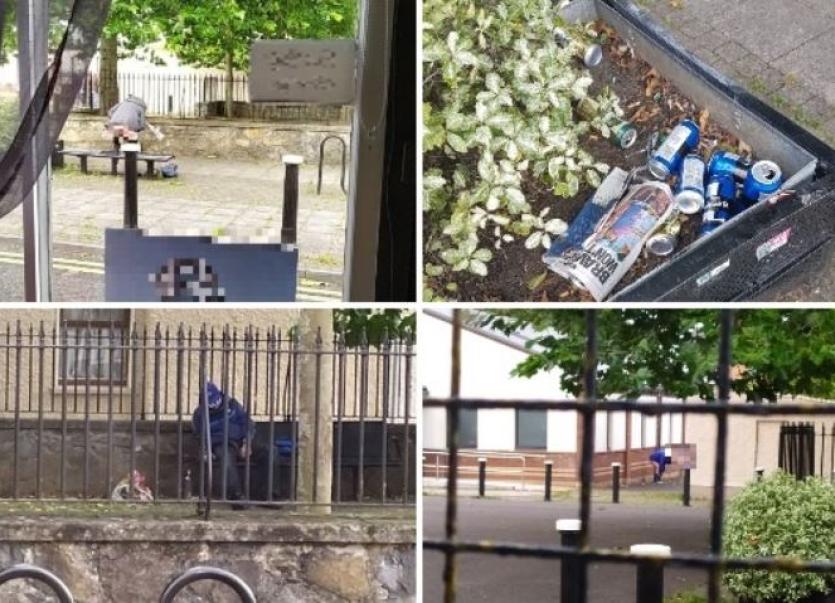 Gardaí in Newbridge have vowed to tackle a number of recent incidents of anti-social behaviour in the town.

A business owner in the Eyre Street (Back Street) area claimed she has a view from her front window of people drinking alcohol and urinating.

Garda Inspector James Molloy of Newbridge Garda Station said: “Any reports of anti-social behaviours are responded to and fully investigated.”

The business owner on Eyre Street claimed a small number of people are drinking alcohol and urinating in the vicinity of her premises. Photos sent to the Leader show a person relieving themselves on the street and another image is of empty beer cans dumped beside shrubbery.

The woman said she has contacted local gardaí and Kildare County Council about the issue. She said: “This is unacceptable because I have to run a business and attract customers.

“We have to pay rates but we have to put up with this on a daily basis.”

The business owner added: “There was a woman urinating just right in front our business. She was sitting there drinking alcohol.

“People are afraid to walk in areas near our premises.”

The woman said she has asked the council to remove public benches near her premises which she believes are attracting the anti-social behaviour. She went on: “We are out of options because we are losing clients that are being intimidated by those people.”

Local Gardaí have vowed to fully investigate all incidents of anti-social behaviour.

Garda Insp Molloy said: “Gardaí are in contact with residents and business owners in the Eyre Street area and we have a very good relationship with the community there.
“Any reports of anti-social behaviours are responded to and fully investigated.”
Meanwhile local Gardaí have responded to claims by Fianna Fail Cllr Rob Power that the town of Newbridge didn’t have access to a patrol car for almost a month as two vehicles are being repaired.
On this issue, Garda Insp Molloy said: “We normally do not comment on the exact number of vehicles attached to particular stations.
“However, there are sufficient marked and unmarked vehicles attached to Newbridge Garda Station to allow Gardaí there carry out their duties fully.”