WEEKEND FORECAST: Mix of sunny spells and showers on the way for Co Kildare 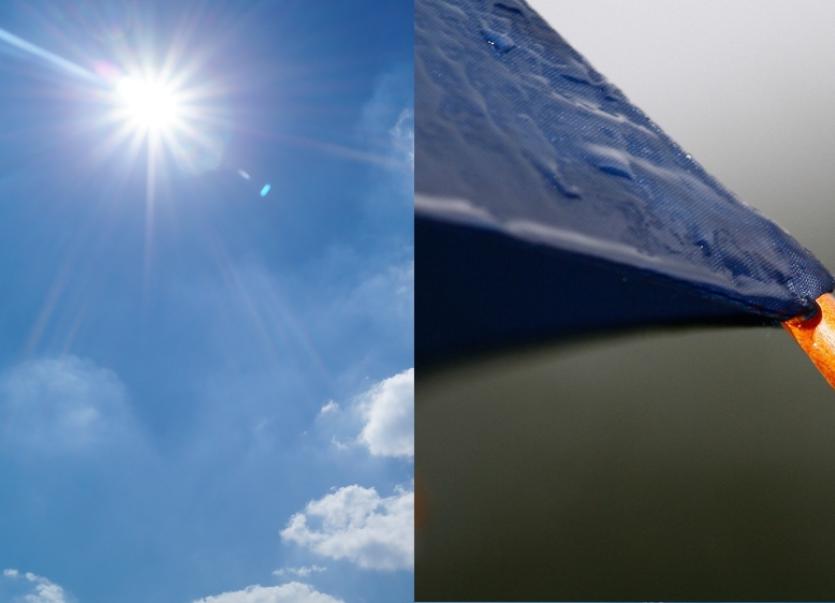 Weather forecast for the weekend for Ireland from Met Eireann

It's set to be a dry, sunny day ahead for Co Kildare with Met Eireann forecasters predicting a mixture of sunny spells and showers on the way this weekend.

Maximum temperatures 15 to 18 Celsius, in light to moderate westerly or variable breezes.

According to forecasters at Met Eireann, it will be good sunny spells and some occasional showers on the way this weekend:

"Sunday will be mostly cloudy, with scattered outbreaks of rain and drizzle, persistent in places. However, there will be good dry periods in the south and southeast and somewhat clearer conditions will develop in the north, extending slowly southwards later Sunday and Sunday night. Relatively cool in most areas on Sunday, with maximum temperatures of 14 to 16 Celsius, but it will be mild and humid in the south and southeast, with temperatures of 17 to 20 Celsius. Winds will be mostly light, westerly."

Sunday night will be mainly dry, with just a few spots of light rain or drizzle at first, mainly in parts of the south. Mist and fog patches will form in light winds. Min. 5 to 9 Celsius generally, but milder in the south.

Meanwhile forecasters say there will be some rain and drizzle at first, but becoming 'mainly dry and settled' from Monday onwards, with daytime temperatures around normal or a little above.