Yesterday at the Curragh was a day of champion performances and high emotion as the racing fraternity came out to support Pat Smullen and his fundraising for Cancer Trials Ireland whilst Dermot Weld landed the final classic of the season with Search for a Song.

It was also a day where more locals and regular racing punters turned out, despite the changing weather. 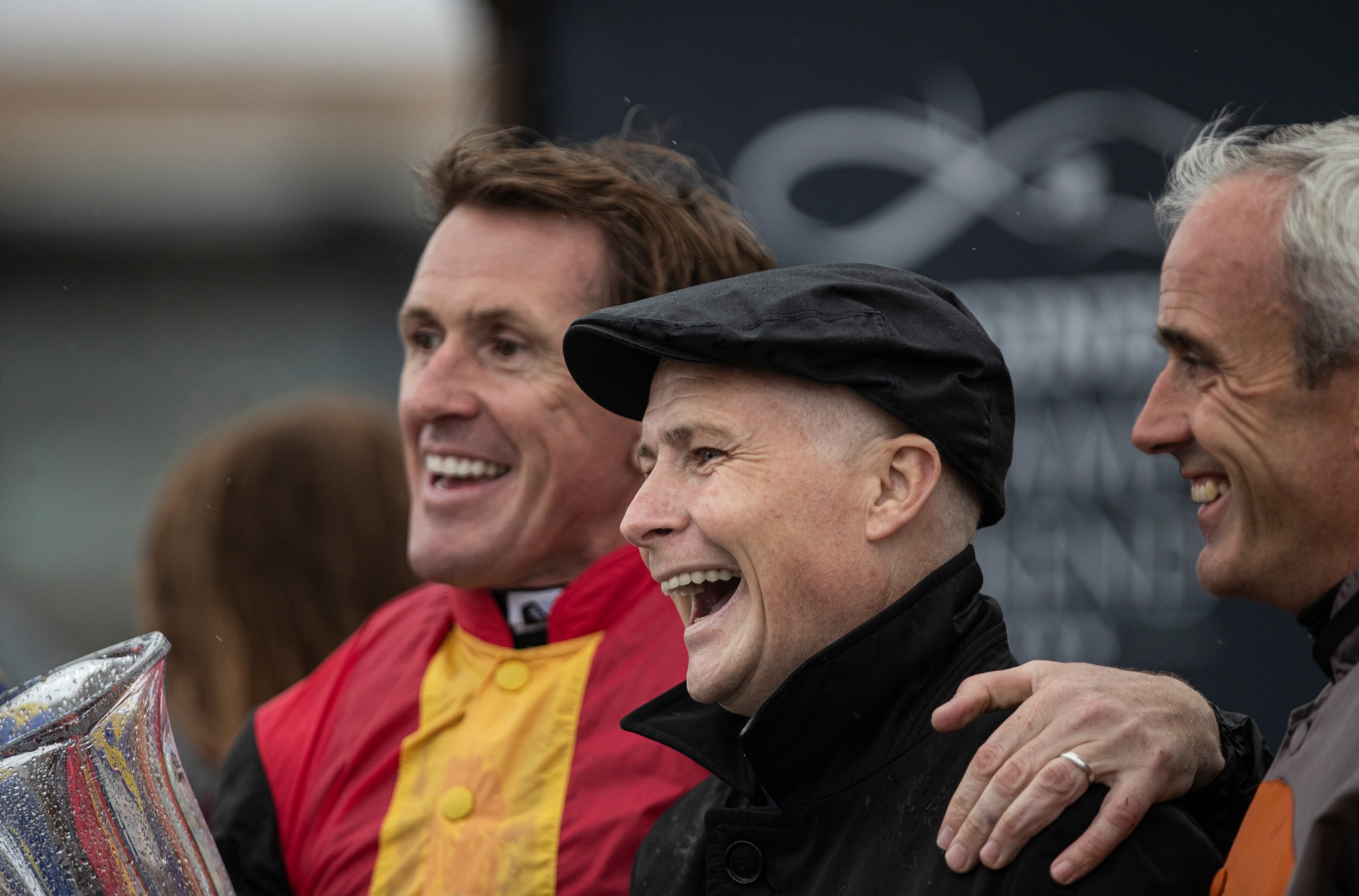 AP McCoy with Pat Smullen after winning the Pat Smullen Champions Race For Cancer Trials Ireland on Quizical The Curragh.

The target for Pat Smullen's fundraising for Cancer Trials Ireland was one million euro and seemed like an ambitious aim. But it was achieved.

“The generosity and positivity over the weekend was phenomenal” said Evan Arkwright, Racing Manager at the Curragh. “Punters gave generously whilst many of the stable staff donated their prize money back to the charity and the jockeys also waived their riding fees which were donated to the collection. Moyglare Stud similarly donated their winnings into the pot also. Truly, the generosity shown was incredible”.

Curragh Racecourse CEO Pat Keogh stated “We were delighted with how the day went; the crowds came to support Pat Smullen and his fundraiser for Cancer Trials Ireland. It was great to see so many local people back at the Curragh”.

The recently appointed CEO also stated that management at the racecourse was very appreciative of the team effort yesterday at the Curragh, to make the day so enjoyable.

“We will build on that” he added “And have some new initiatives launching during the winter to make the whole Curragh experience better for racegoers in 2020. All in all, it was a wonderful Longines Irish Champions Weekend where the action on the track truly lived up to the ‘Champions’ billing. 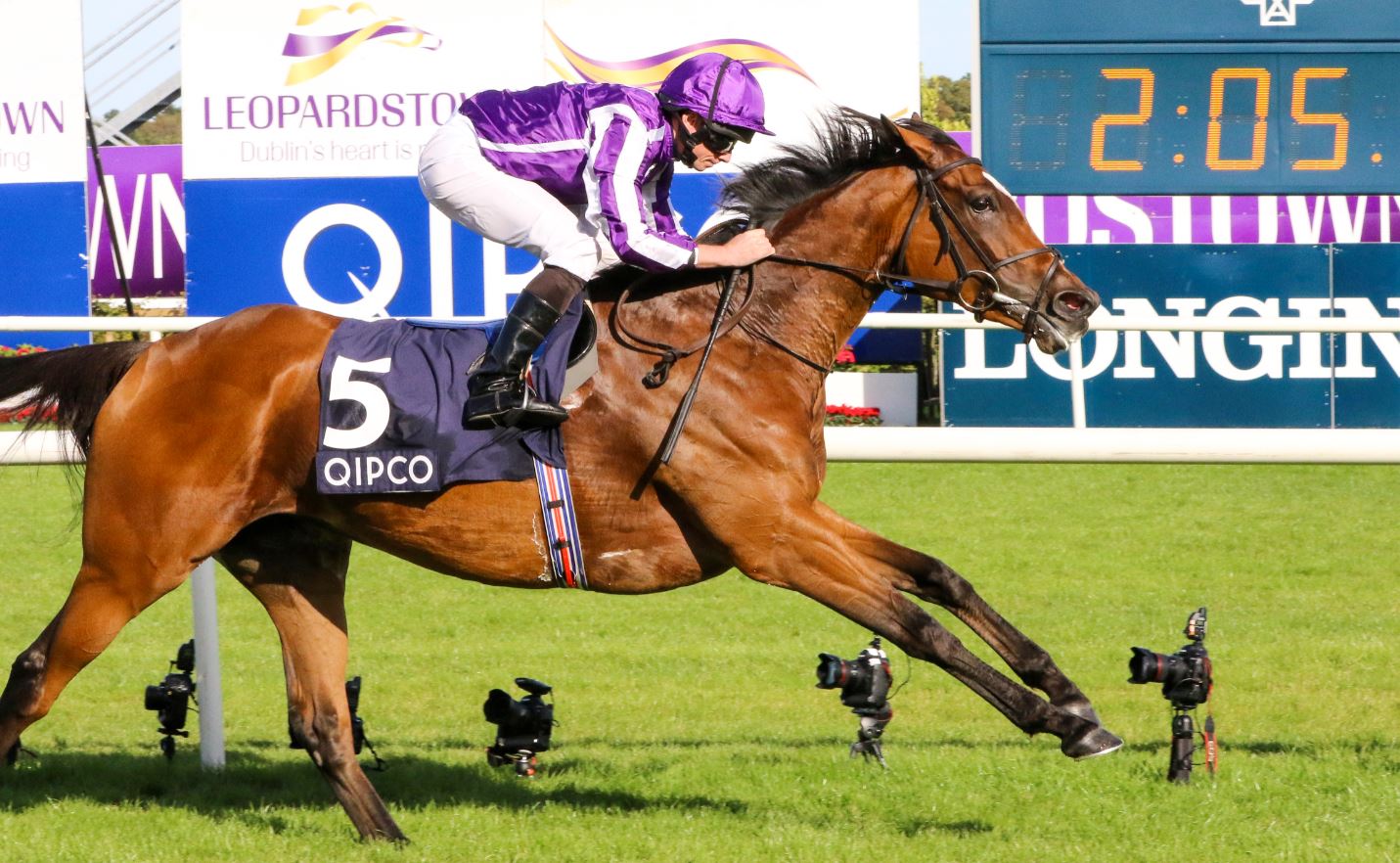 "On Saturday, we saw some incredible racing with Magical and Irridessa taking the Group 1s, the QIPCO Irish Champion Stakes and the Coolmore Fastnet Rock Matron Stakes. Sunday at the Curragh saw an incredibly fitting winner of the Comer Group International Irish St Leger with the Moyglare Stud-owned and Dermot Weld-trained Search for a Song”. 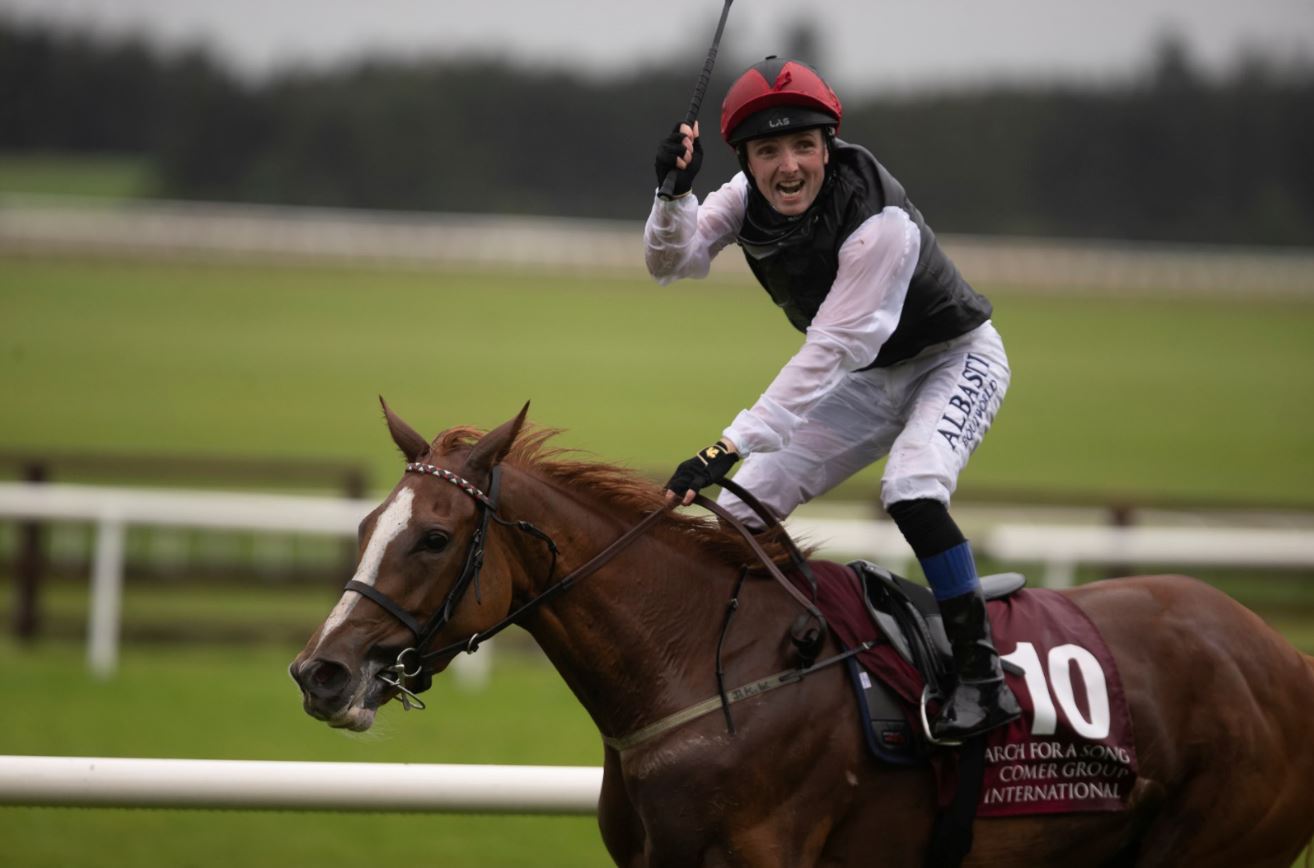 Search for a Song, ridden by Chris Hayes (above) has now marked himself down as a classic contender of the highest order. Perhaps it was written in the stars that the colours Smullen has worn to frequent success - those of Moyglare Stud - were carried to victory in the Comer Group International Irish St Leger. Chris Hayes gave a riding masterclass his predecessor would be proud of with Hayes revealing that perhaps a pre-race chat with Smullen helped him win the race.

"Nothing went right," Hayes admitted. "I'd a plan in my head and spoke to Pat. He didn't say a whole lot but what he said gave me the confidence that if I got in a rhythm, be it last, first or fifth, let the horse go. I knew early on I was getting in a row with her and there was no point. The Oaks was a mess here and I decided to do what I did. It was a great performance from her."

Earlier on the card, Pinatubo had seasoned Curragh racegoers struggling for superlatives after an incredible nine-length rout in the Goffs Vincent O'Brien National Stakes. Charlie Appleby's colt, in the colours of Godolphin, trounced his rivals under William Buick in the premier two-year-old race of the season in Ireland, leaving his trainer in awe.

Attendance for day two of Longines Irish Champions Weekend was 10,075, bringing the total weekend attendance over the weekend - including Saturday in Leopardstown - to  23,508.