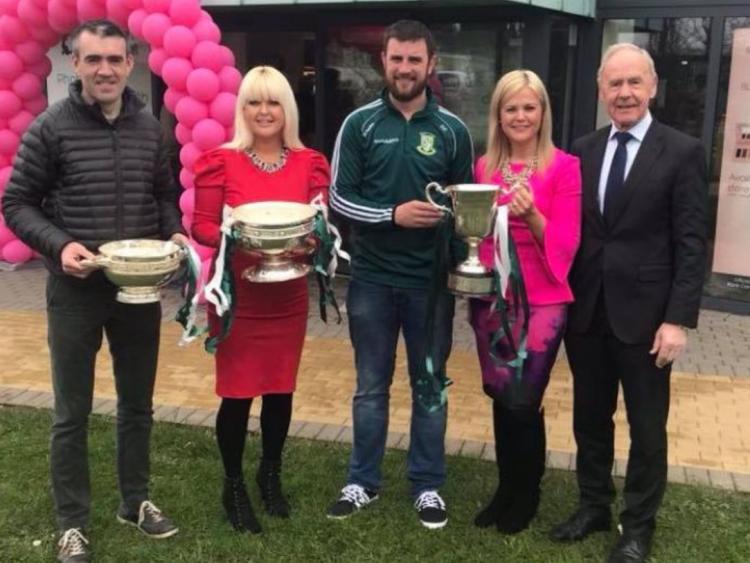 Meet Anita Meenahan, a woman who has great passion for her job, but also great compassion.

Anita was a category winner of Network Ireland Kildare branch annual awards last May, as the 'Shining Star' (Employee of the Year) and will compete at the national awards in Cork later this month.

You might be forgiven for thinking she is a make up/cosmetics sales person at Mangan's Pharmacy but her glamorous facade is merely her 'front of house' face and like everything to do with her role at Mangan's, Anita is uber efficient and impecably groomed. 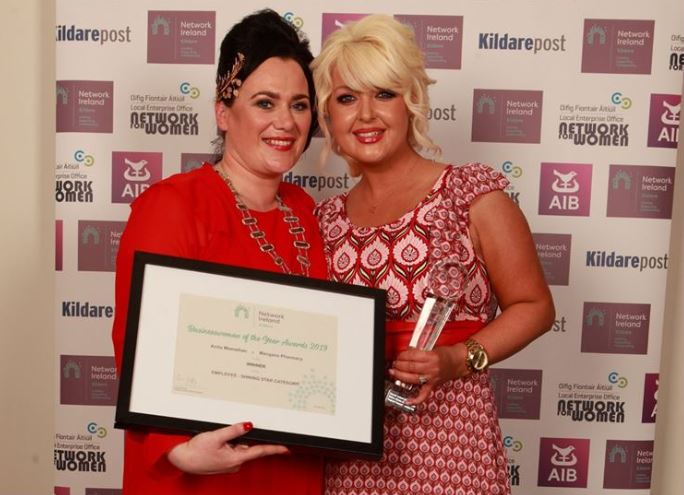 Now Senior OTC Manager at the Newbridge branch, Anita is also Senior Purchasing Manager along with leading, coaching and developing staff within the organization. Anita joined the company in April 2013 when the branch at Station Road, Piercetown was first opened. Now developing Mangan's website and a customer and corporate app tailored to meet their customers' needs, how did Anita first market the pharmacy and reach out to the community?

“I went out onto the streets nearby and introduced the pharmacy, myself and our services to passers by, simple as that to begin with!” she said. To be successful in any career choice, one must have a passion for the job and in Anita's case, compassion is also imperative. 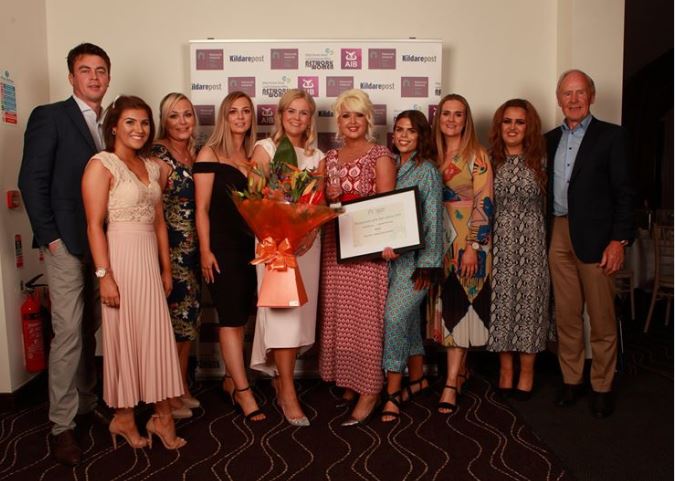 Anita accepting her award in May, supported by Pat Mangan (right) and Ollie Kelly (left), and the wonderful staff of Mangan's Pharmacy. "They are fantastic to work with" said Anita.

“I do not believe that as a pharmacy, Mangan's is simply a retailer of meds, cosmetics and health products. Dispensing prescriptions is vitally important but we have a wider duty of care to our customers and the community.

“Many people come into the pharmacy to purchase medications, prescribed and otherwise. I encourage my staff to observe the clients, and to recognise if someone is in trouble or stressed out. The ability to recognise that tension or pain in the face is key – sometimes people just come in because they don't know what they need, or whom to ask, or maybe are just experiencing loneliness. In an era that society purports to erase mental health stigma, I encourage all my staff to be compassionate, and to give a personalised, one to one service”.

Indeed, Anita's personal life experiences may be the reason she has such a compassionate nature. In 1995, when she was aged 20, her mother and brother died in a house fire, leaving three younger siblings, all aged under 9 years. Married to Noel for 30 years, the couple have three children, now aged from 18 to 26 years, and two grandchildren.

Supporting her siblings and rearing a family were demanding years for Anita but she wouldn't have had it any other way.

“Now, I feel it's 'my time' and since joining Mangan's Pharmacy, I've taken on many roles and helped Mangan's to connect with the local community. For example, Mangan's Pharmacy Newbridge sponsors both Moorefield and Sarsfields GAA clubs. We also support Relay for Life Kildare and work closely with Georgina, nursing tutor at St Conleth's Community College, Newbridge. We work with students who are interested in a nursing career, we supply them with basic nursing kits and help them to further nursing course kits at minimum cost.

“Mangan's Pharmacy is not just a retail point, it's a family health centre; and we do everything in our power to reach out and serve our patients, dispense meds, recommend treatment or therapists where necessary. Time and a friendly face and kind word is often what's needed.”

From front of house direct marketing to developing the website and social media pages, Anita's contribution to Mangan's team is why she was nominated and won the Kildare Shining Star Employee category. Mangan's Pharmacy now have 6 branches in the group and no doubt, that's down to stellar staff like Anita.

“It’s an absolute honour to be representing my work colleagues, the Mangan family and the community of Newbridge for Network Ireland Kildare branch at this year’s award ceremony" said Anita.

"I would like to thank all of our customers for their continued support — it is much appreciated and I feel truly blessed”.