Football tournament and raffle next month 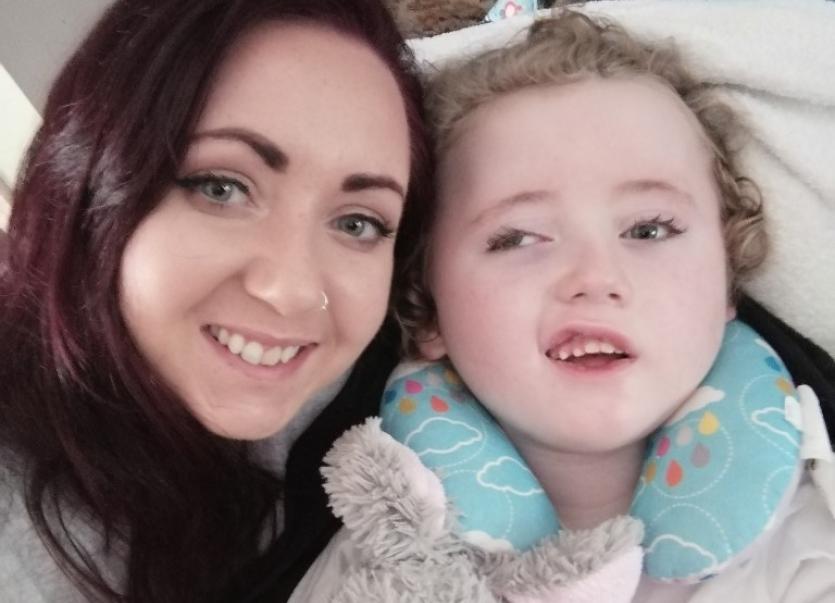 A Co Kildare woman is fundraising to get her sick young nephew to Poland for potentially life-saving brain operation.

Little Luke Cross, 4, is the only child in Ireland to be diagnosed with Aromatic Amino Acid Decarboxylase Deficiency (AADC), which is similar to Parkinson’s Disease and causes issues with motor development in the absence of treatment.

There are roughly 150 children worldwide with the same condition as Luke, and on average three children sadly pass away each year as a result of the condition.

Luke’s aunt Laura Styles from Manganey in Athy, Co Kildare, is raising funds for his treatment abroad in Poland. She told KildareNow that Luke was diagnosed with AADC at just five months old.

“Luke is on 21 doses of meds per day. He can't walk, talk or eat orally. Luke is 1 in 55million, there are roughly 150 children world-wide, Luke is the only one in Ireland. His condition is life threatening, on average 3 children a year sadly lose their battle to this neurogenetic condition. Last year 10 children passed away, but a break-through in medicine has finally become available in Poland,” explained Laura.

The treatment in Poland would involve a brain operation where a vector is implanted into a targeted part of the brain which will help Luke regenerate the neurotransmitters he is missing.

It is understood that five children have thus far benefited from the therapy and are making good progress, with an improvement reported in muscle tone as well as a decrease in long-term medication.

“The surgery itself is still in trials so the government won't fund the surgery but it is Luke’s only hope. It is a non-profit cost at €70,000. So far I have raised just over €3,700 which is great but I have a long way to go to meet the target needed. I will be hosting numerous charity events, one is a pub quiz and raffle on October 5 at Thomas Davis GAA Club in Dublin and a football tournament in Tallaght Leisure Centre on October 26,” said Laura.

She has previously held a cream pie challenge for Luke and all monies raised went toward the AADC research trust, which is the sole charity that fund research into Luke’s condition. In addition to the fundraising page, Laura has also started a new campaign to raise money for Luke to go to Poland called the #uniconechallenge.

“The idea is to get an ice cream cone with ice cream in it and take a selfie of the cone on your forehead, post it, nominate friends and donate to Luke’s JustGiving page,” explained Laura.

However, last week Luke was rushed to hospital after he developed a viral infection and he was later transferred to ICU for non-invasive ventilation (bipap). But Luke is understood to now be back on the normal ward and his aunt Laura has described him as ‘a fighter’ who is battling every day against his condition. 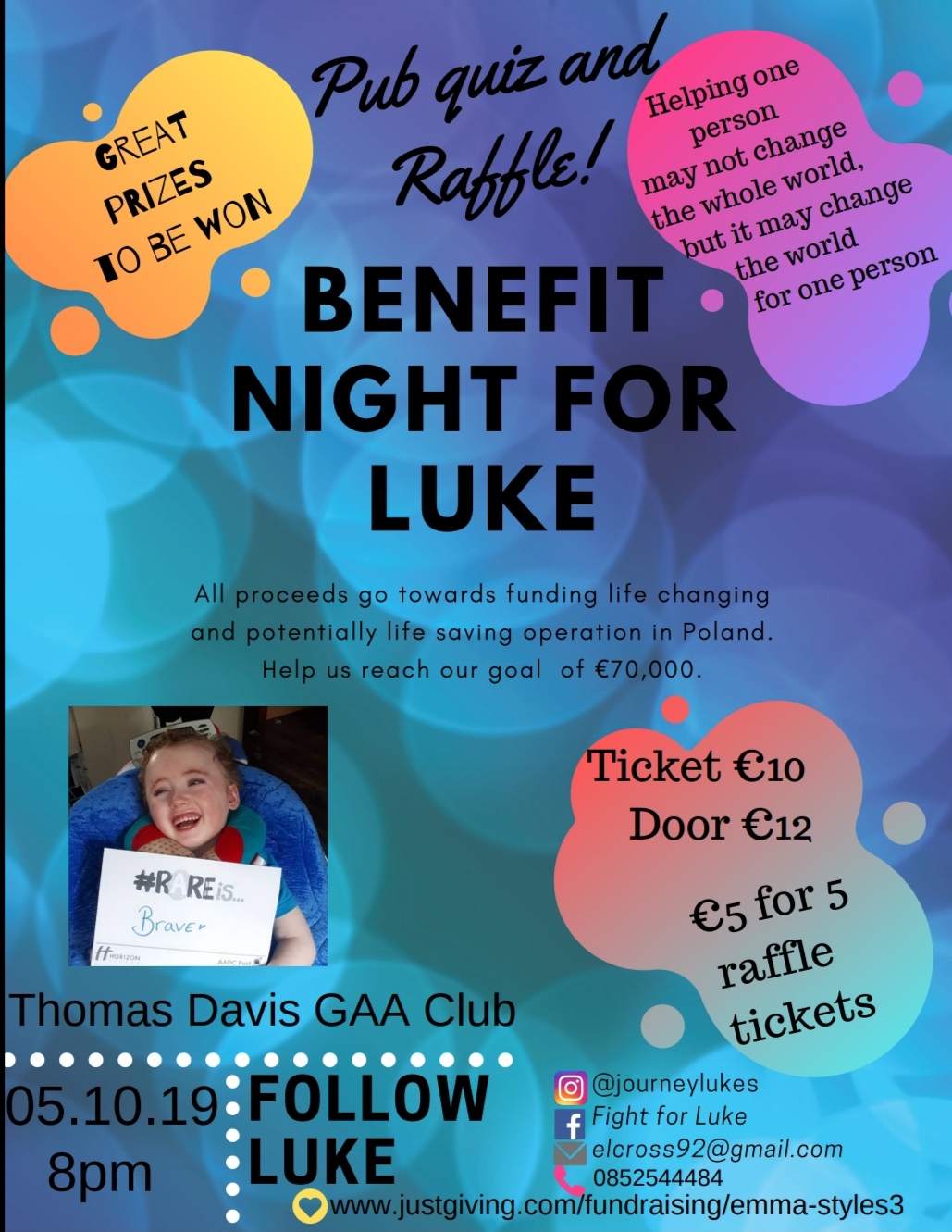