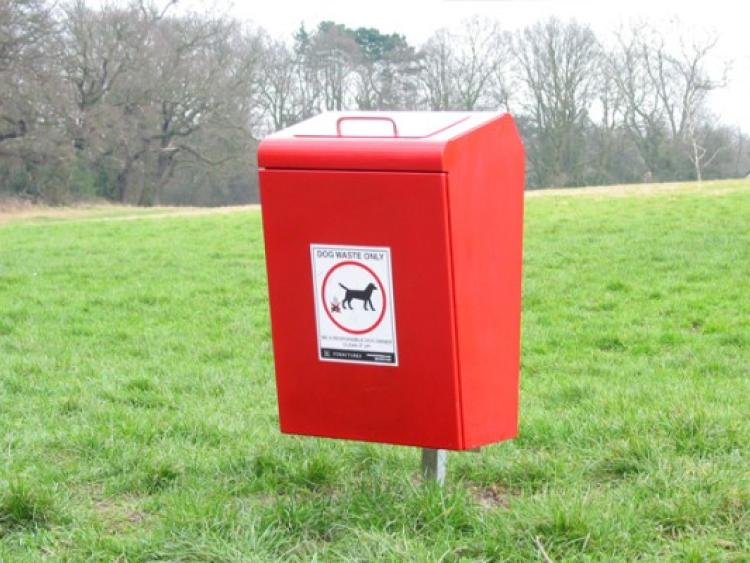 The issue was raised at the recent Celbridge-Leixlip Municipal District meeting.

Cllr Idé  Cussen had asked that "the appropriate departments of the Council work with the local Municipal District Committee to roll out some anti dog fouling initiatives which aid and encourage responsible dog owner behaviour as per previous motions in respect of bins and dog fouling bags."

A Council spokesperson said: "The issue of dog fouling regrettably remains a particular issue in some areas of the county. The matter is not only a litter issue, but can be a public health concern.

"The Council's policy is contained in the current Litter Management Plan.

"The main focus is on 'any bag-any bin', in other words if you have a dog you should bring a bag to clean up after the dog and either bring the bag home or use a litter bin.

"Dog waste bags are readily available in many shops at very low cost, so it is expected that a responsible dog owner would bring some with them when walking their dog."

According to the Council, the Environment Department can support local communities with an 'anti dog fouling' campaign. This includes stencilling and bin stickers at particular locations within housing estates and walking routes to remind owners regarding their responsibilities.

In addition, an audio warning system can be installed on a temporary basis which the Council said has been particularly successful in reducing the incidents of dog fouling in many areas.

The Council added: "Within the Celbridge-Leixlip Municipal District, the following locations have been done (or are scheduled to be done): Leixlip Park, Louisa Valley, Beatty Park, Hazelhatch Park, St. Raphael's Manor, Oldtown Mill and Willowbrook Park.

"Funding has also been approved under the 'Anti–Litter, Anti–Graffiti Awareness Grant Scheme' (DCCAE) to install the audio warning system in new areas."