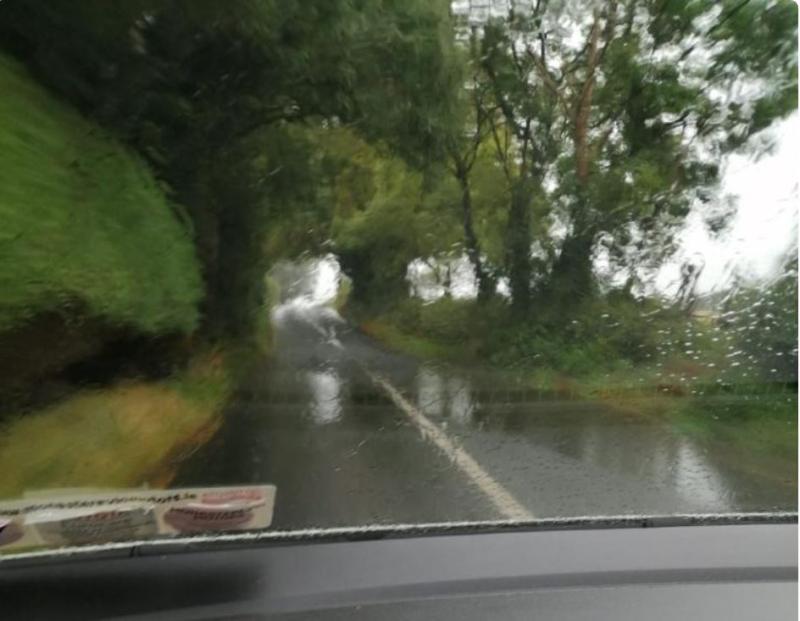 Dry and bright at first today with patches of mist and fog clearing, but cloud will increase from the southwest and rain will extend northeastwards over Leinster later this morning and early this afternoon.

Motorists are urged to drive cautiously with the roads still wet and flooding remains in some areas.

The dry patches won't remain with rain expected to be persistent and possibly heavy for a time, before clearing to scattered showers in the late afternoon and evening.

Some of the showers could also be heavy and possibly thundery. A windy and blustery day, with southeast winds freshening as the rain arrives, then easing down again in the clearance. Highest temperatures of 16 to 19 degrees.

Showers will continue to feed up in from the south tonight, some of them heavy and possibly thundery, but there will be some dry intervals too. Mild, with lows of 10 to 13 degrees in light or moderate southerly breezes. Mist and fog patches will also occur.

Many areas dry to begin, tomorrow Tuesday, with bright or sunny spells, but with a few showers scattered about also. Outbreaks of rain will spread up over southern parts of the province in the afternoon, with a risk of thunder, but it should stay generally drier and brighter conditions further north. Top temperatures of 16 to 19 degrees.

Wednesday will be a largely dry but rather cloudy day through much of midlands, north and east, through some bright or sunny intervals will also occur. Generally dull and cloudy conditions will prevail in western and southwestern counties with patchy rain and drizzle becoming more persistent as the day goes on. Light or moderate southwest breezes will back southerly towards evening. Top temperatures of 16 to 19 degrees. Rain will turn heavy in Atlantic coastal counties on Wednesday evening, before spreading countrywide on Wednesday night. Moderate southerly winds, fresh to strong for a time on some coasts will veer southwest as the rain transitions to showers from the west overnight. Lows of 11 to 13 degrees.

Thursday will be a breezy day with a mix of sunshine and showers. Some of the showers could be heavy with a risk of thunder, most frequent in the west and northwest. Mostly moderate southwesterly winds will be fresh to strong and gusty in western and southern coastal counties. Top temperatures of 15 to 18 degrees.

Current indications for Friday suggest a rather cool, blustery and showery day, although perhaps mainly dry in the east and south at first with some sunshine. Showers in the west and north becoming more widespread by the afternoon, some heavy and possibly thundery, especially in Connacht and west Ulster. Gusty southwesterly winds, will be strong on the coasts. Maximum temperatures 13 to 16 degrees.

Next Weekend: Unsettled and rather changeable conditions look likely to persist.