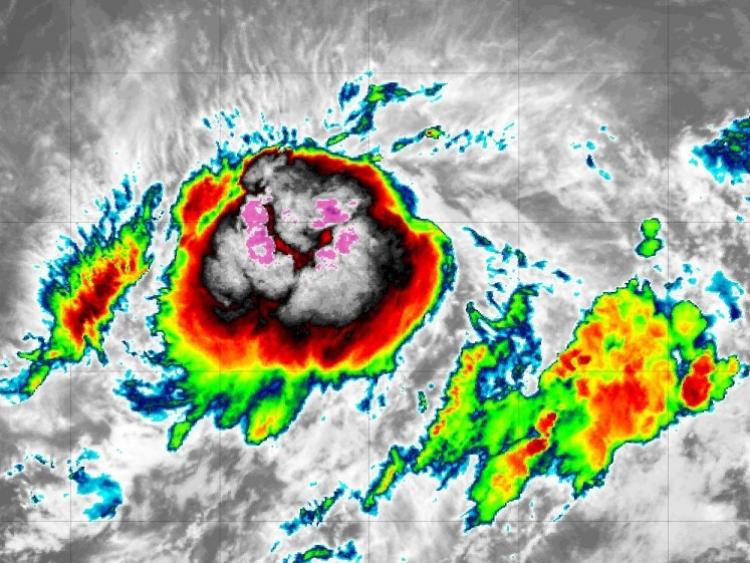 Tropical Storm Jerry over the Caribbean

Long-range forecasters have warned that Ireland could be hit with the tail-end effects of a Tropical Storm and a Hurricane in the next week.

Irish Weather Online experts said that Tropical Storm Jerry, which is currently in the Caribbean, could be arriving on our shores at the weekend.

Meanwhile Category 3 Hurricane Lorenzo will be close to the coast of Europe next week.

Forecaster Prof Peter O'Donnell said: "The outlook is somewhat uncertain as Tropical Storm Jerry is now showing some signs of speeding up and its remnants could arrive by the weekend, bringing another interval of moderate southwest winds and rain.

"Lorenzo meanwhile is predicted to become a Category-3 Hurricane southwest of the Azores and now shows some signs of heading straight towards western Europe next week."

"The charts currently weaken it just before it arrives, and the centre goes to the south of Ireland rather than continuing on across Ireland, so in that event, the weather would likely be overcast and drizzly mid-week.

"Some warmer air is also lurking for later next week after the near miss from Lorenzo's remnants.

All of this is somewhat speculative and obviously subject to change, but all scenarios that we have seen in recent days have the common feature of active weather in a southwest flow and more cloud than clear skies, with frequent rain."