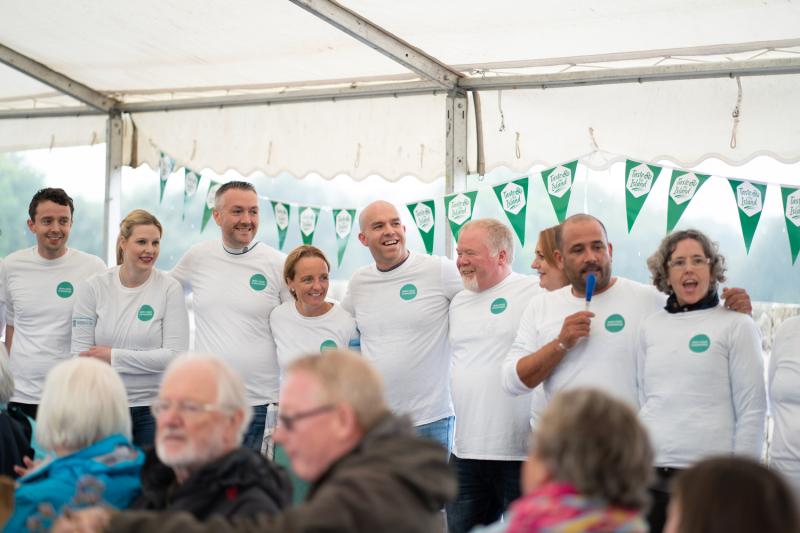 Judy Boyle, second from left, from Kildare Town was one of the Food Champions feeding locals at the border

A Kildare town woman was one of a group of people involved in an unusual dining event on the order between the Republic of Ireland and Northern Ireland.

Called Boxty Without Borders, the event saw 150 people being entertained on a long table at Belcoo Bridge last Sunday.

Kildare Town’s Judy Boyle is a member of the Irish Food Champions Assembly.

The special once off event celebrated the very best food and drink from the surrounding counties and the wider island of Ireland, with a focus on the traditional boxty, an important part of the area’s intangible cultural heritage.

“The organisers hope is that no matter what the future holds, Boxty Without Borders will set the groundwork for future food tourism collaborations between counties and communities all over Ireland.” 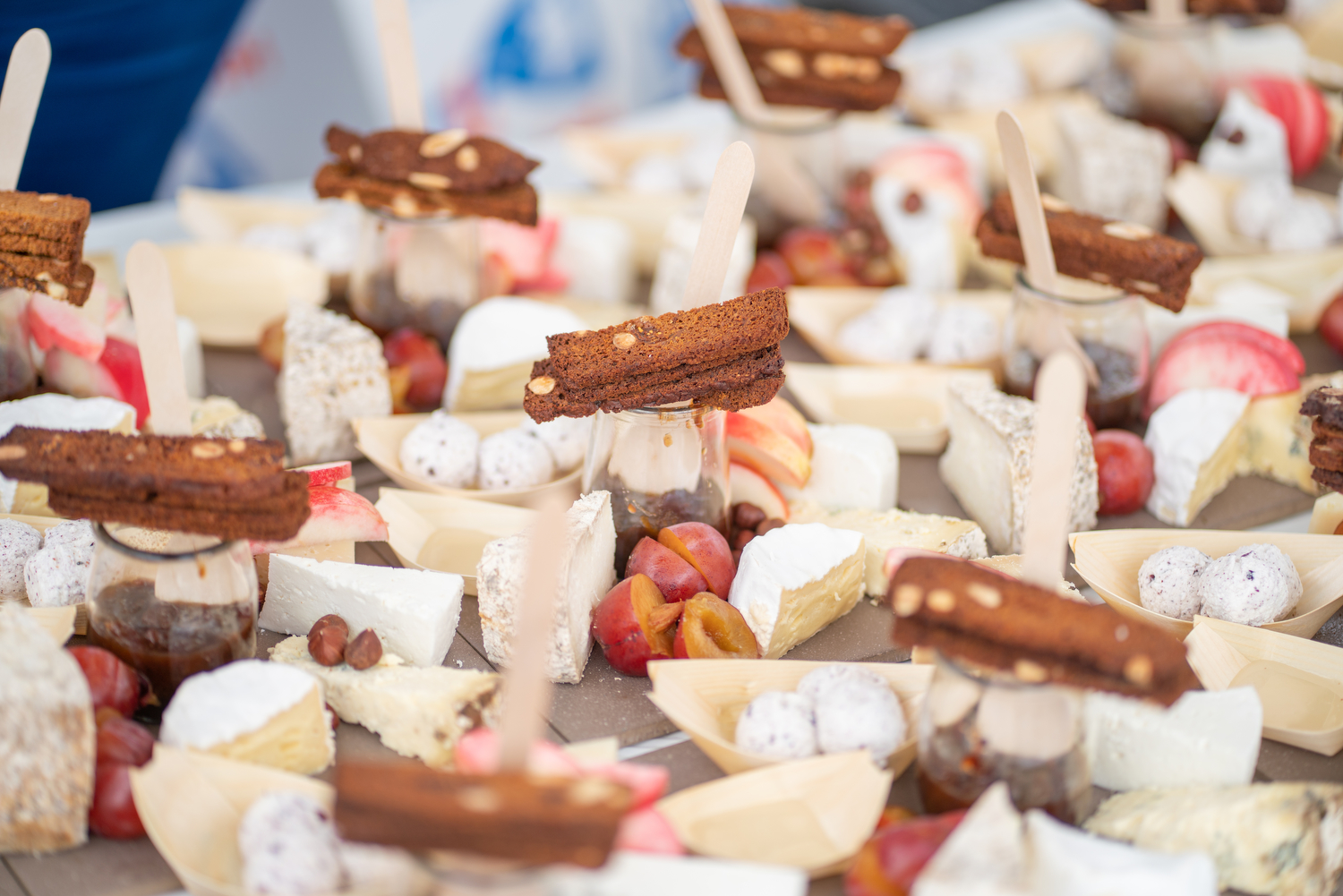 Ms Boyle’s contribution was looking after the accompanying alcohol.

Her background is from a publican family, but also a lecturer in beverages at the TU Dublin School of Culinary Arts and Food Technology, a  member of the Guild of Beer Writers, a member of the Champagne academy and as a Leinster Leader beer columnist with her sister Susan. 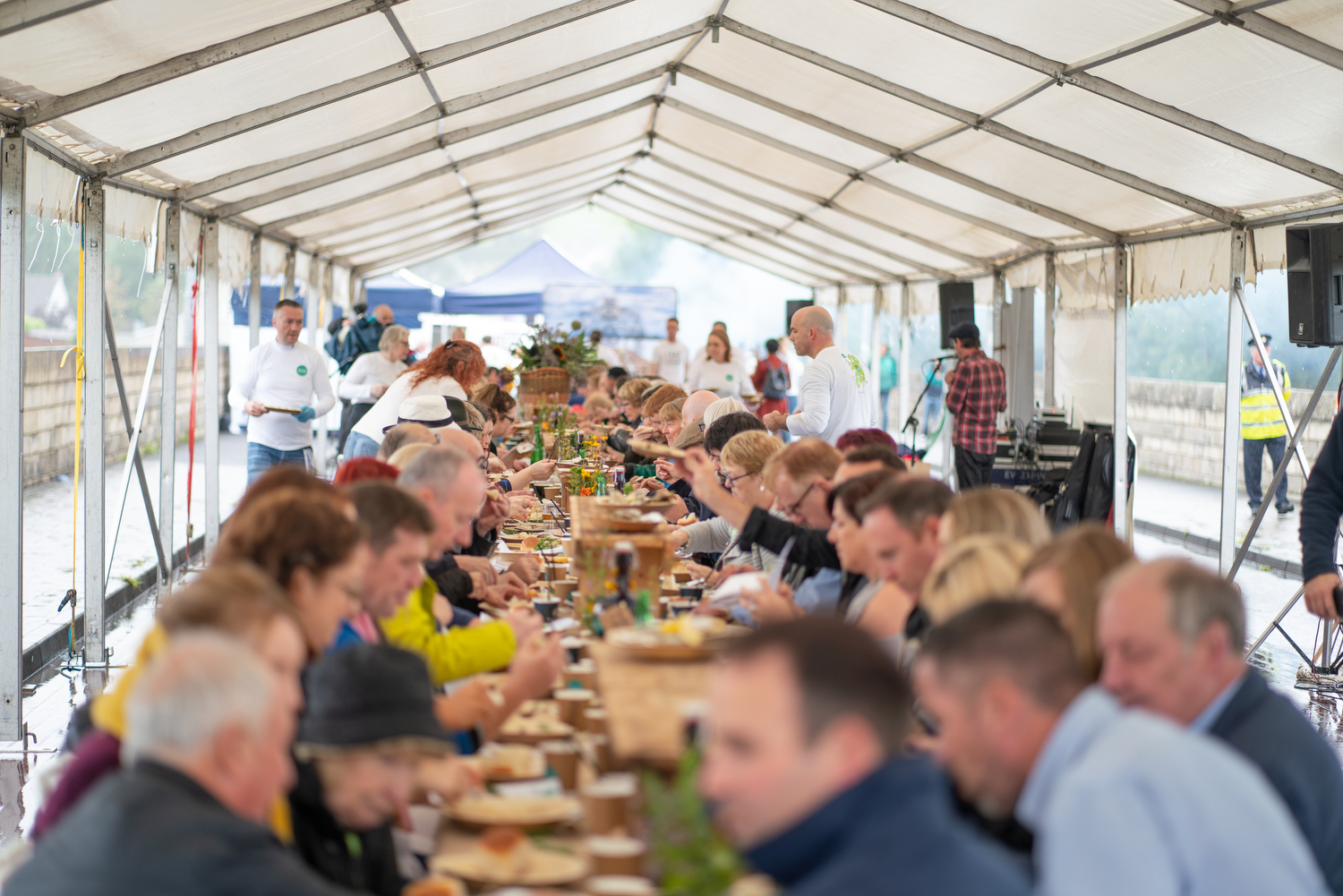 Dining on either side of the border