No cases of deadly rabbit virus recorded in Kildare yet

Cases have been recorded in surrounding counties 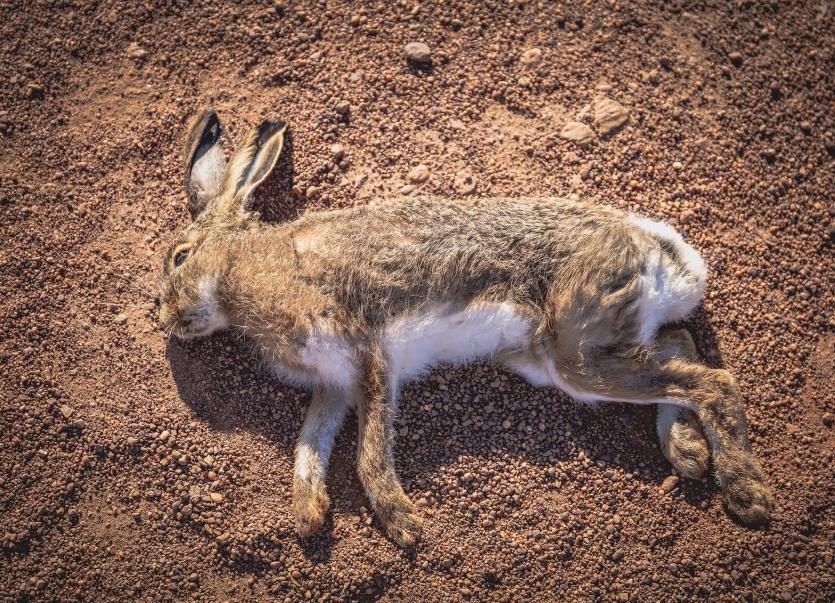 The condition is deadly for rabbits and hares, who can die within 36 hours of contagian

A deadly virus that kills rabbits and hares within days of infection has been confirmed in six counties in Ireland, but has not been confirmed in Kildare yet, even though it has appeared in surrounding counties.

Rabbit Haemorrhagic Disease Virus 2 (RHD2) has been confirmed in Cork, Clare, Leitrim, Offaly, Wicklow and Wexford, according to Josepha Madigan, the minister responsible for the National Parks and Wildlife Service.

In a written statement to the Dail last Thursday, Minister Madigan said that the first case of the disease was confirmed in the wild in Ireland in July 2019 in Wicklow.

“The first two records came from rabbits – one in Wicklow, the other in Clare. The first report from an Irish hare came on August 9.

“Since these initial incidents a request for public involvement has led to further confirmation of the disease. To date the disease has been confirmed from six different counties – Cork, Clare, Leitrim, Offaly, Wicklow and Wexford.”

It only affects adult rabbits or hares.

RHD causes rapid development of blood clots in major organs such as the heart, lungs and kidneys. The clots block blood vessels causing heart and respiratory failure. An infected rabbit that has died from RHD will often have its legs straight out and head over its neck.

Cases of rabbits or hares with RHD will display fever, squeals, and often coma leading to death within 12 to 36 hours

The virus is very hard to locate in the wild since about 75% of rabbits with RHD will die in their burrows underground.

In 1997 the virus was deliberately and illegally introduced to New Zealand to control rabbit populations. It did not work.

“In all cases a post mortem of the dead animal was carried out by qualified personnel in the Regional Veterinary Laboratories of the Department of Agriculture, Food and Marine. Tissue samples have then been sent to that Department’s specialist virology lab in Backweston where RHD has been confirmed,” Minister Madigan said.

She explained that RHD2 is known to be density dependent. The virus is also known to be highly contagious and environmental contamination presents significant difficulties in terms of any biosecurity responses..