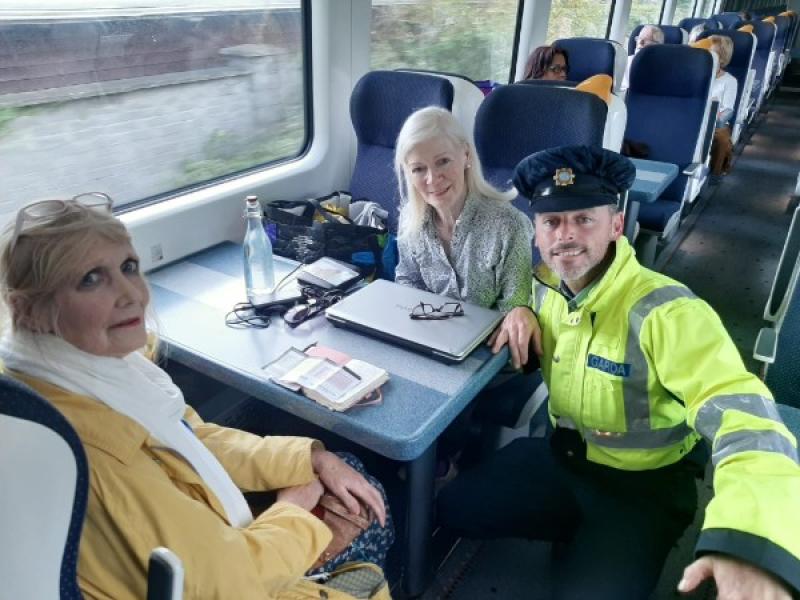 A Garda chatting to passengers

Kildare Gardaí will be carrying out patrols on local trains over coming days as part of an operation to prevent and detect anti-social behaviour or criminal activity.

Divisional Community Policing from Kildare and Laois/Offaly Division and Gardaí from local regular units, supported by Garda Reserve Officers, with the assistance of Irish Rail carried out an operation on the Commuter Rail line between Athy and Portlaoise and Hazlehatch/Celbridge; and between Kilcock and Maynooth on Monday morning.

The operation began at 6.30am.

Gardaí travelled on selected commuter trains from 6.30am – to prevent and detect anti-social behaviour, criminal activity and drug transportation.

Local Gardaí also patrolled the train stations with a particular focus on the prevention of bicycle theft.

Bicycle theft prevention advice was also given out to cyclists.

There was a particular focus on students returning to college.