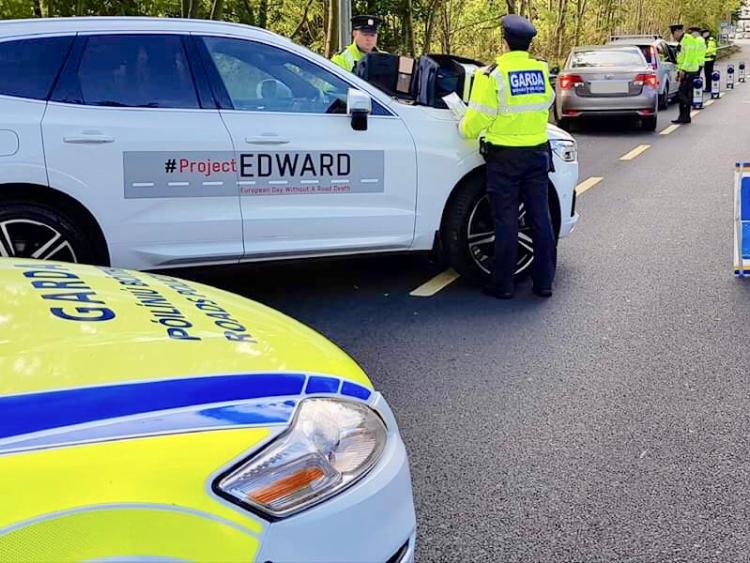 Today is #ProjectEDWARD - European Day Without A Road Death.

Motorists are asked to please support this EU wide day of action to prevent collisions, death and serious injuries on the roads.

Organised by TISPOL, the European Traffic Police Network, and supported by Gardai and the Road Safety Authority,  Project EDWARD seeks to bring together everyone with an interest in reducing the number of people killed on our roads.

Project EDWARD took place every year over the past four years.
The campaign has the support of 28 European countries, as well as European Commission and an increasing number of partners from the public and private sectors.

A TISPOL spokesperson commented: "A day without a road death is of course the vision we should strive for every day.
But we have seen that Project EDWARD is a simple yet highly effective awareness-raiser, whether or not we achieve zero deaths on the day itself.

"Casualty reduction must remain a priority for all national governments. THere were some excellent reductions in road deaths and serious injuries in the first decade of this century, but they have largely stalled in the past five years. It is therefore vital that we re-focus our attention on the efforts needed to bring about significant and long-lasting reductions.

"We believe strongly in the value of setting targets, and we believe that the support from all industry sectors and from individuals can make a massive difference in reducing the number of people killed and seriously injured on our roads.
"We need to make clear that a zero figure is very unlikely. But if we aim for zero and end up with a daily tally far below the European average of 70 fatalities, then Project EDWARD will have succeeded, and will add further weight to the real value of casualty reduction targets.”

"So we urge drivers, riders, pedestrians, cyclists and other road users can pause for a moment on 19 September to reflect on one simple question: What can I do for road safety today?