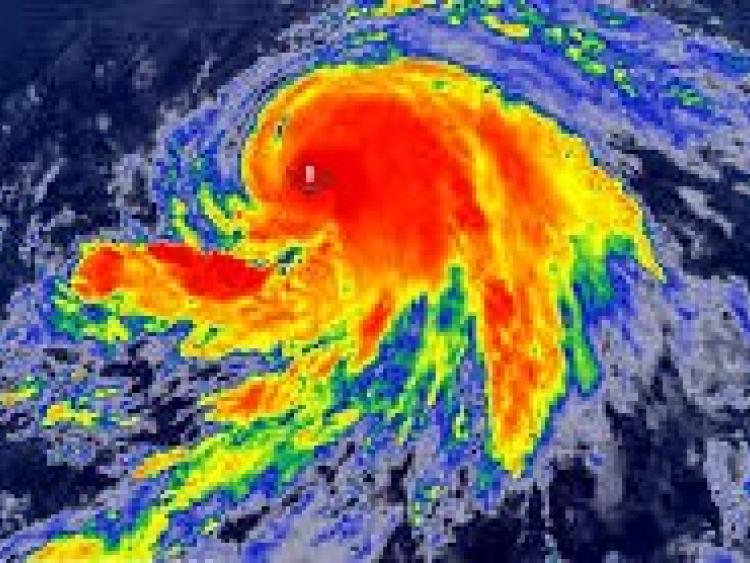 A long-range forecaster has warned that Hurricane Lorenzo could impact on Ireland later next week.

It is currently located in the centre of the south Altantic Ocean between the Caribbean and the west coast of Africa.

The US National Hurricane Centre is forecasting the large storm to remain over the Atlantic for at least the next five days as it tracks northwest towards western Europe.

Irish Weather Online forecaster Prof Peter O'Donnell said: "This hurricane is slowly gathering strength well to the south of the Azores where it could hit as a hurricane of diminishing intensity (after reaching major hurricane status in the meanwhile).

"Too early to say with much confidence where Lorenzo's remnants will actually head although most models seem to favour a track several hundred miles west of Ireland towards the Icelandic region with a loop around the northern Atlantic.

"Associated fronts and disturbances could then reach Ireland later even if Lorenzo never does."

Earlier today, Lorenzo had maximum winds of 125 mph, making it a Category 3 or major hurricane, the third of the season so far - the others were Dorian and Humberto.

The US Hurricane Centre’s intensity forecast suggests Lorenzo could peak with winds as high as 140 mph, which would be Category 4 intensity.

Met Eireann's online forecast goes as far as early next week and it's currently predicting changeable and unsettled conditions "with showers or longer spells of rain at times".