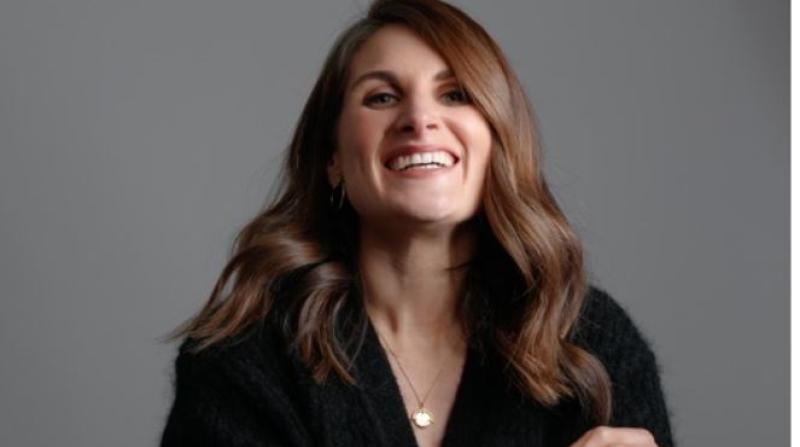 Six Kildare women will contest tomorrow night's national awards for Network Ireland, to be hosted at the Celtic Ross Hotel, West Cork. At least six women working in, or running their own business will compete in the eight main categories, a fair testament to the strength of Network Ireland Kildare branch.

Founded by Jane in 2017, the first question everyone asks is “Where did the name Emma by Jane come from?”

Jane stated: “I lived in London with my best friend Emma and like all girls, we shared everything. One day when I met Emma after work she had robbed/borrowed half of my wardrobe and accessories and someone said 'It’s like you’re styled by Jane, it’s like Emma by Jane' – and hence, the brand was born!”

Jane's background has always been in retail, having studied Business and Retail in college, she went on to do a Masters in Fashion Buying and Retail at the London College of Fashion.

“From there, I got a job as a buyer with Primark in the UK.  I always knew I wanted to own my own fashion business but wasn’t sure in what exactly so I created a career for myself that would give me the best knowledge and experience so that when I started my own business, I could eliminate elements of risk and be a few steps ahead”.

She continued: “I moved back from London in 2015 and in the background began working with a jewellery supplier, testing quality, pricing and design – but still wasn't exactly sure what I would do with it. In 2016, a good friend opened a boutique in Kilkenny, Lady Lorna Designer Emporium, and she asked me to stock the boutique with my brand. I quickly realised that with the process in the place and packaging, I could scale this out to other boutiques. So I took a week off work and and started cold calling boutiques. Within the week, I had stocked two more boutiques”.

Clearly her experience as a buyer and her contacts in the fashion trade stood to Jane.
“In February 2017, I then pitched my plans on RTÉ's Dragons Den; the opportunity came up and I knew it would be great publicity for the brand. From that, I was offered investment; however, later I decided it was not right for the business and I decided to go it alone and keep the business self-funded”.

Brave some would say whilst others would think Jane had passed a golden opportunity. But her self belief and initiative stood to her.

“We’ve had an incredible two and half years in business, having been featured in British Vogue as a 'Brand To Watch' three times no less! We export all over the world, I won the Local Enterprise Office Best Start Up within the first 9 months of the brand and have now, won Network Kildare’s Best Emerging Business for the Kildare branch".

The accolades have been incredible for the brand and its growth, and Jane maintains “have given our customer so much trust in us”.

Emma by Jane is both online at emmabyjane.com and in boutiques around the country including Kalu in Naas and Seagreen in Monkstown and Ranelagh.

“I always looked jewelery and accessories and how they could transform a basic outfit, I saw a gap in the market for high quality, fashion quality but at a more affordable price. I am a big supporter of women and everything we are achieving and I believe that you should be able to treat yourself, rather than having to wait for Christmas or a birthday so it was really important for us to reach like minded women”.

Clearly the judges were impressed with Jane's level of entrepreneurship, always looking for the next opportunity, her self belief and ability to eliminate risks whilst progressing the company. 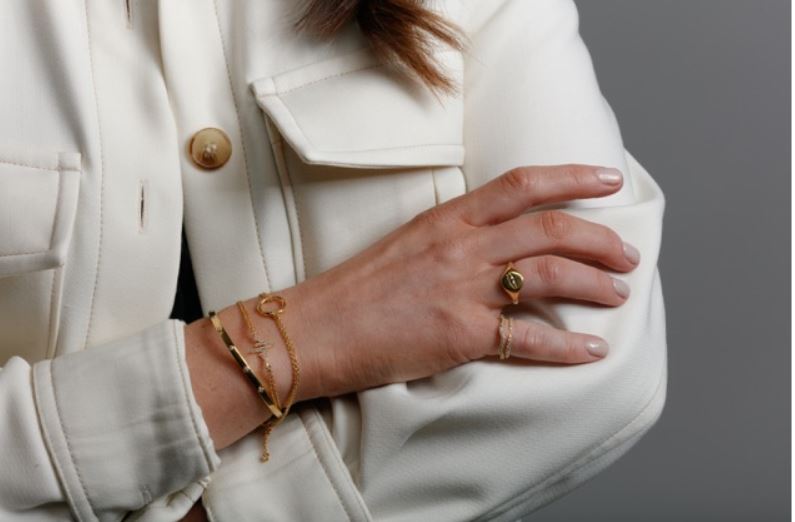 Emma by Jane range which appeals to all age group
With outlets in Naas, and several in Dublin, also Waterford and Wexford, Emma by Jane's customer base is mainly women between the age of 28 and 45. “However from doing shows, we also have fabulous women in their 60s and 70s buying from us as they are looking for something a bit different too”.

Engaged to be married next June in Spain, Emma says the couple are "obsessed with a new puppy, Bailey."

"I work from home which has its pros and cons, I have always been into fitness and love to clear my head with a walk, game of tennis or the gym. I am originally from Dublin so I'm on the road a lot but we absolutely love Kildare and being so close to the countryside".

Jane found the support and interaction with fellow members in Network Ireland Kildare to be brilliant. "I have met so many great women through it and have been able to team up with another company within the network, it's been so positive".

Best wishes to Jane and her fellow Kildare contestants who will compete in Best Emerging Business on Friday night at the national finals in Cork.  Network Ireland Kildare branch is supported by AIB, the Local Enterprise Office and media partners, the Kildare Post and KildareNow.