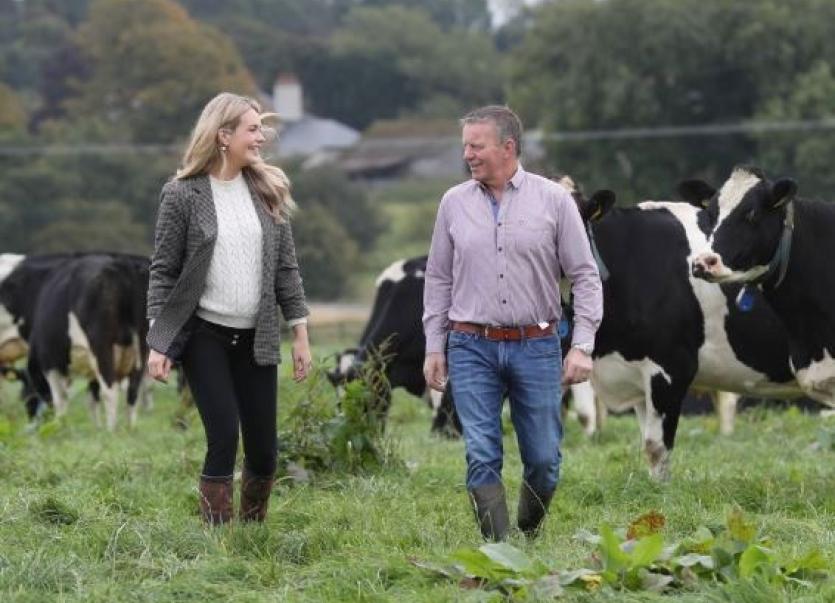 A County Kildare farm was chosen as the location for a launch by Avonmore of a campaign to raise awareness to consumers of where their milk comes from.

Irish households are among the highest consumers of fresh milk in the world — using 138 litres per head per year.

However, recent research revealed that one in three adults haven’t visited a farm in the past five years, and one in 10 have never been on a farm!

Avonmore has now launched its Farmfulness on-pack initiative is an effort to connect farm life with families all over Ireland, particularly those living in urban areas.

By using a QR code on milk packs, customers can listen to soothing farm sounds including a dawn chorus, soft rain falling and a happy herd grazing in lush meadows.

“We want to make a connection between the product and its journey from farm to fridge.”
Speaking about her involvement in the campaign, actress and Avonmore Fresh Milk brand ambassador Aoibhinn Garrihy said:

“As a family growing up in Ireland we always had Avonmore Fresh Milk in the fridge, that was a given, but because my mum’s family are dairy farmers from County Clare we never took for granted where the milk in the fridge came from.

“We were acutely aware of the labour of love and dedication from farmers all around Ireland to produce the delicious nourishing milk. I love what Avonmore have done to bring farmfulness into the hearts and minds of consumers and right to their kitchen table and I am delighted to be involved in this campaign.’

The Avonmore Creameries Federation was founded in 1966 when 36 smaller co-ops joined forces to form what we now know as Avonmore.