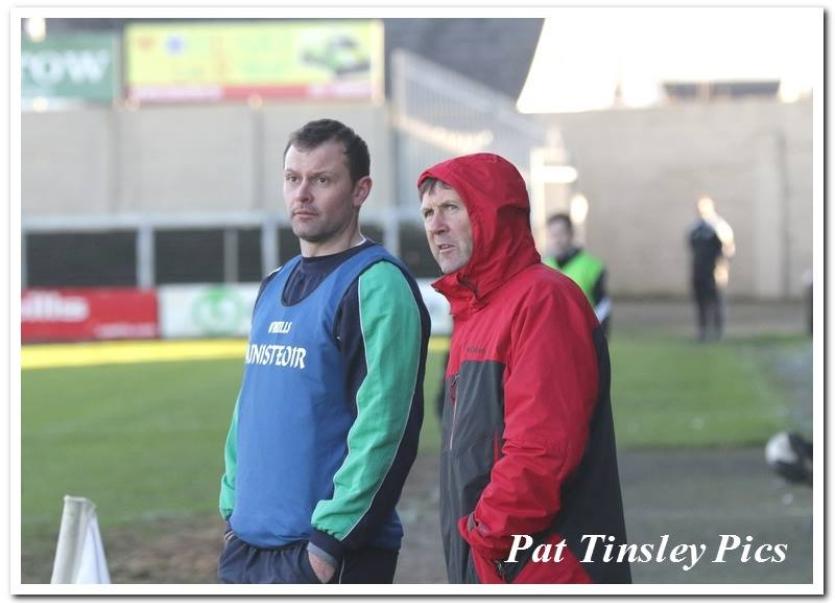 It’s been quite the few years for Ross Glavin as he took his first steps on the managerial ladder.

After doing a one year shift where he got Ballyteague to an Intermediate Football Championship Quarter-Final he soon moved on to his own club Moorefield and in the space of two years he has won back to back County Titles and also a Leinster Championship.

In many senses that’s what makes his departure from his hometown club to becoming a selector with Kildare in 2020 all the more surprising but if anyone was going to lure him away it was the new incumbent Jack O’Connor who he has worked with in the past and O’Connor’s two sons Cian and Eanna both play with the club.

“The timing is never easy when you are so heavily involved with a club team and your own at that and in Moorefield we have had a successful two years and we are hoping that journey will continue but this is a huge opportunity and I’m eagerly looking forward to it”.

“Jack O’Connor has been a great influence on me, Kevin O’Neill and Frank Hanniffy up in Moorefield and the Senior Team up there in general as he has been a great mentor and also gives great advice”.

“He’s an excellent coach but he’s a good personality too and he’ll make sure there is a good atmosphere created and ultimately that’s our job as a management team to create something players want to be a part of and that will be our number 1 goal from the outset”.

“Given the circumstances in managing Moorefield it would have taken an individual that I have a relationship with like Jack to entice me out of what has been a very successful journey at club level and he has done a huge amount in his career as a manager and it’s something I’m really looking forward to being involved in” .

“He’s a genuine football man and he lives and breathes the game and I enjoy talking to him about football in ways that we can challenge the players so we are really looking forward to that”.

Like O’Connor a few weeks ago the current Moorefield boss is of the same opinion with regards the best players being on the field for Kildare.

Getting the players enjoying their football is also high on the list of priorities as the management team which also includes Tom Cribbin aim to get a happy camp.

“It’s going to be a difficult job but there is no reason why we can’t create a team spirit that everyone wants to be involved in and if we get that we will be a force to be reckoned with and its something I’m looking forward to doing".

“Ultimately if you enjoy doing what you are doing you are going to compete to a high standard and people will want to be part of that type of setup and that’s exactly the type of atmosphere we will be creating and players who have the talent have to be mentally tough aswell as they are not always going to get things their way but if they work hard enough everything will be alright”, Glavin admitted.

Injury cut short Glavin’s playing career in which his success at club and county level were very stark with his only Lillywhite silverware coming in the shape of a Leinster Under 21 Championship in 2004 but at Moorefield he won a Leinster Club in 2006 and numerous Kildare Championships.

Still though he gained a lot of experience throughout that process that he hopes will enable him to succeed in the new role.

“As a player with Moorefield I achieved a lot and with Kildare it wasn’t to be for me and the only success I had with the county was back in 2004 winning a Leinster Under 21 Title and that’s a memory that I won’t forget”.

“It was on a pitch in Portlaoise that I have a lot of fond memories in winning two Leinster Club Titles with Moorefield but it’s a different era now and I’ve personally learned a lot over the past four years managing both Ballyteague and Moorefield”.

“I’ve had good people around me that I’m learning from and we enjoy the team dynamic and we also enjoy trying to get the best out of lads and that’s the challenge ahead”.

For now though attention remains with Moorefield as they get set for a Championship Semi-Final against Athy on Saturday week but Glavin is hoping he will have the same problem that the likes of Cavan and Mullinalachta supremo Mickey Graham had last year.

“Juggling the two jobs is a problem I really hope I have over the next few weeks and we will tackle that hurdle if and when it comes but yeah ultimately over the next while my primary focus is preparing Moorefield and making sure we are as prepared as we can be”.

“My focus won’t be deterred from them either”, he said.