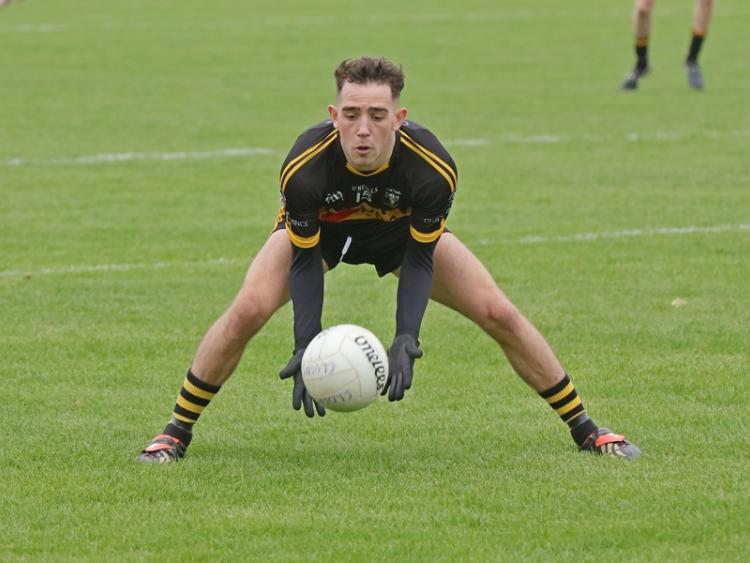 The first of the Intermediate Football Championship last four ties sees Sallins and Leixlip pitted against each other in what is something of a surprise pairing.

Leixlip in their first year at this level in many years are hoping to make an immediate return to the Senior ranks while Sallins are hoping to cause an upset.

Leixlip have breezed through this year’s campaign so far and dealt with any challenges that have come their way.

In truth they haven’t really being tested and they have rather comfortably beat the likes of Nurney and Straffan to get one step away from a Final.

This will be a major step up on anything the North Kildare side have faced so far and it will be interesting to see how they deal with it but the fact that they played in Division 1 this year is sure to be an advantage.

Their opponents Sallins have been heavily road marked in comparison with three very competitive games against Allenwood.

They lost the original group game by a couple of points but in the last eight tie against the same opposition they were very competitive with a Luke Kelly stoppage time goal earning them a replay.

Sallins with goals from Conor Herbert and Fergal Swan and a last gasp winner from Jack Sharkey really turned things up in the second game and they will go into the semi final with great confidence as a result of the 2-8 to 0-13 success over Allenwood.

They are a side that is heavily backboned by the Minor B winning side of a couple of years ago where the likes of Cian Sharkey, Paul Farrelly, and David Foley are really coming to the fore.

That youth is really pushing them on but it indeed may prove to be their downfall aswell with a more experienced Leixlip side brilliantly led by Tommy Moolick fancied to get the win but it will be close.

The second game at Kildare HQ is a real mouth-watering affair with two fine teams coming together in Clogherinkoe and Monasterevan.

Whoever comes through will be fancied to go all the way and both were pushed to the pin of their collar in the Quarter-Finals.

Monasterevan have been the Championship favourites from the outset after making last years County Final and winning Division 3 in the League and with the likes of Padraig Nash, DJ Earley, Paul Maloney and Ryan Bannon they are certainly stubborn opposition.

Incidentally Kilcock were in the same group as themselves and they beat them on both occasions by a point but they’ll need to step it up on Saturday against a much vaunted Clogherinkoe outfit.

The Cloughs have been knocking on the Intermediate door profusely for the last few seasons including when they were beaten by subsequent winners Raheens in 2017 after being ahead at the break.

As forward lines go this Clogherinkoe team takes a bit of beating with the likes of Cein McMonagle, Mark Nolan and Jack Robinson all more than capable of scoring.

Robinson like Nash on the other side are two of the more exciting youngsters in Kildare currently and don’t be surprised if it turns into a shootout between the two.

Some of the matchups will be fascinating as a result and whether Earley or John O’Toole will tackle Robinson or if Gavin Scanlon will take on Nash but how the two marquee forwards perform will certainly contribute to the result.

It’s a game that could really go either way and the winners will certainly take a hell of a beating in the Final but the Cloughs stock may be slightly higher and after a titanic struggle they can get over the line.