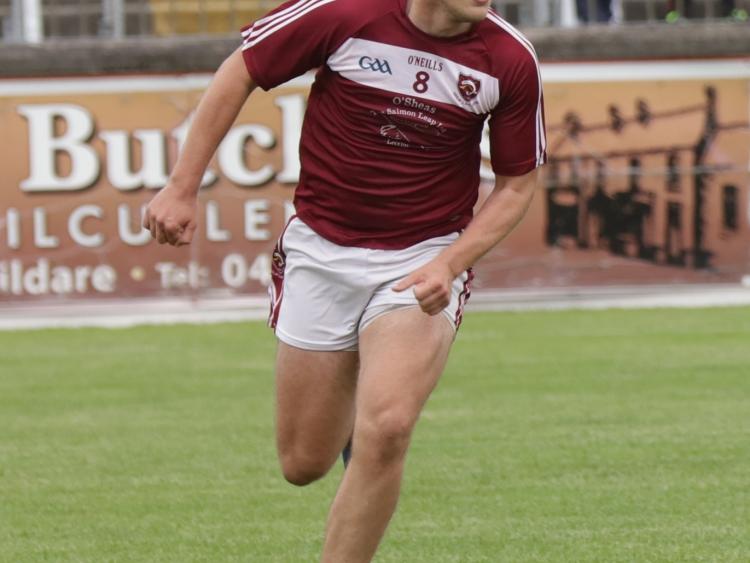 It's not a game that will live long in the memory but a more experienced Leixlip team had more than enough to defeat Sallins in the semi-final of the Intermediate Football Championship.

The score was only 0-2 to 0-0 after twenty five minutes of play so good forward play wasn’t exactly on show but credit to Leixlip who showed their ability to get the seven point victory.

Tommy Moolick stood out for the victors as he scored 1-2 and his 57th minute goal extinguished any hope Sallins had of forcing a comeback.

Before that goal went in there was only four points between the sides and Sallins were still in touch but it was a game where they missed a host of chances and they cant have too many complaints.

Leixlip will be delighted to make a final in their first year after relegation at this grade but they will know themselves they will need to be much improved against Monasterevan in the decider on the 13th of October.

When one of Leixlip’s main score getters Eamonn Murphy kicked his side into the lead with a 3rd minute free the scene was set for an interesting half of football but up to the 25th minute not a lot happened.

Only one further point arrived in that period with Murphy doubling his account with a lovely effort from play.

In that time Sallins held the vast majority of the ball but Leixlip’s organised defence was causing them trouble and Paul Drewett’s side missed a number of opportunities.

Sallins were also affected by both Conor Herbert and Alan Marshall going down injured and while Herbert played on Marshall’s knock was much more serious and although he originally tried to shake it off he was eventually replaced by Paul Farrelly.

Sallins continued to be wasteful in front of goal in the aftermath and Leixlip soon found their gear with two long distance points from Tommy Moolick moving the North Kildare side into a 0-4 to 0-0 lead.

The dominance on the scoreboard showed no sign of letting up either with scores from Murphy and Paddy Meagher extending the lead to six.

Sallins finally got on the board with a Fergal Swan point in the 29th minute and while Ciaran Fadian responded Sallins did at least go into the break with a bit of confidence after points from Conor Herbert and Paul Farrelly left them trailing by four points on a 0-7 to 0-3 scoreline.

Like Marshall in the first half the stricken Conor Herbert too went off after his injury took its toll and he was replaced by Daniel Caulfield at half-time.

Leixlip maintained their dominance on the scoreboard when the second half resumed with scores from Murphy and Darren McDermott enabling them to go into a six point lead.

Sallins remained competitive with efforts from Jack Sharkey and Paul Farrrelly but their efficiency in front of goal was letting them down as they missed a couple of frees.

Sallins did get something of a boost when Leixlip’s Darren McDermott got sent off on a second bookable offence but instead of giving rise to a Sallins comeback Leixlip went up a level with Moolick catching a long ball into the square from Ronan Fitzsimons and he duly rounded Dan Sweeney before scoring the goal clincher.

Sub Jack Barrett followed up with a pair of frees and although Farrelly and Daniel Caulfield scored late on for Sallins it was all in vein as Leixlip sealed a final place.