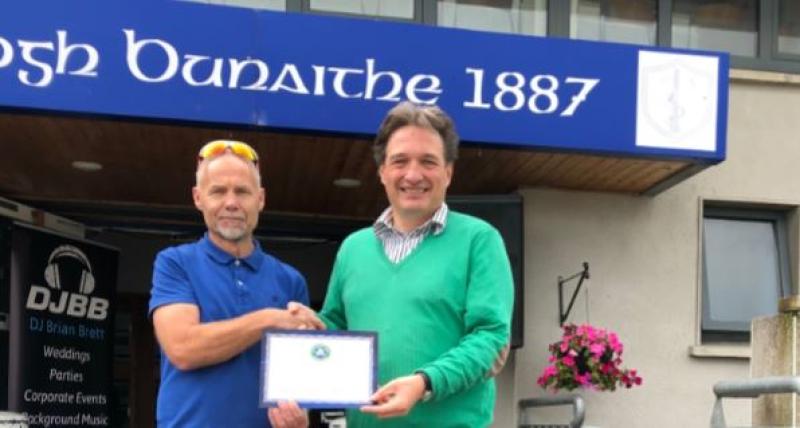 When international media has focused on teenager, Greta Thunberg who made global headlines last week when she addressed  world leaders at the United Nations in New York, it's great to see one local running group actively  doing their bit for the environment and taking a stand on going plastic-free.

The event was organised to raise funds for Kildare based charity, the Jack & Jill Foundation which provides vital nursing supports to families with a child needing 24 hour nursing care.

At the commendation ceremony which took place just before the commencement of the fun run, GPF director, Cllr Vincent P Martin said Brendan and all on his organising team are leading the way.

"An equivalent of one large lorry load of plastic is being dumped in our oceans every minute and unless things radically change there will be more plastics than fish in the oceans by 2050" said Cllr Martin.

"The local community is delighted to recognise and commend such positive and inspiring work. Brendan has played an instrumental role in organising, from start to finish, the county’s first completely plastic free fun run event".