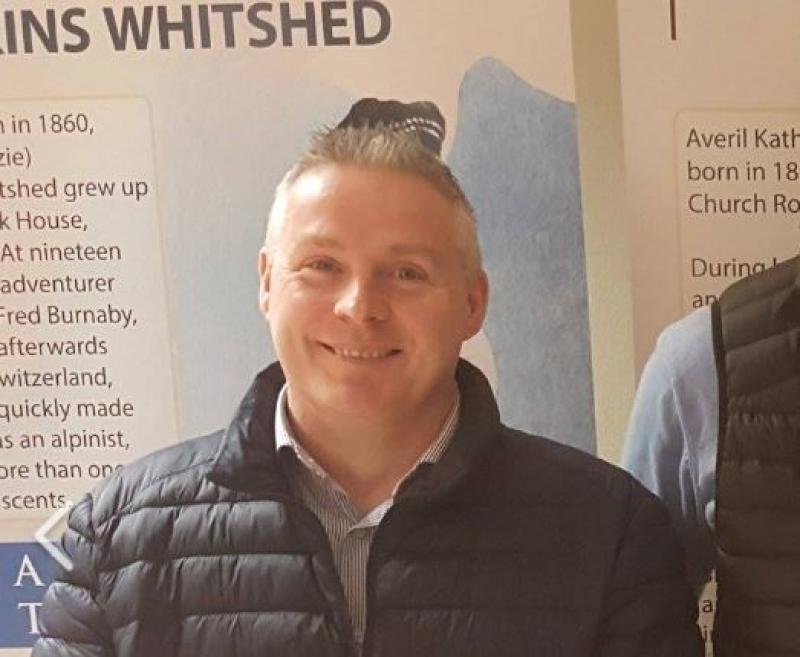 Jason Mulhall of Blessington Tidy Towns has been named as the overall Community Hero 2019 at the SuperValu National Tidy Towns competition 2019.

Tireless local worker beat off competition from hundreds of other Tidy Towns Committees around the country.

The 61st National Tidy Towns winners are being named by Minister for Rural and Community Development Michael Ring at a ceremony in The Helix at DCU in Glasnevin, Dublin.

Glaslough, Co. Monaghan was named as Ireland’s Tidiest Town for 2019.

See the results for every town and village here.

The SuperValu TidyTowns competition is now entering its seventh decade and Glaslough was judged to be the best from a record number of 918 entries to the competition this year.

The announcement was greeted with great celebration and excitement at today’s awards ceremony at The Helix in Dublin.

On hand to present the prizes were Mr. Michael Ring, T.D., Minister for Rural and Community Development and Mr. Martin Kelleher, Managing Director of SuperValu, the competition’s sponsor for the 28th year.  The Helix was packed with representatives of TidyTowns groups from all over the country, eagerly awaiting the announcement of the winners.

Speaking after the awards ceremony, Minister Ring said: “This is a fantastic achievement for Glaslough who are very deserving winners.  Glaslough, who first entered the SuperValu TidyTowns competition in 1966, have great passion and pride in their community. They have been consistently achieving high standards in the competition at local, regional and European level. Today, all that commitment and dedication has paid off with the top prize being awarded to them. This is the second time that Glaslough has been awarded Ireland’s Tidiest Town, which is a remarkable achievement and shows that the commitment and enthusiasm of the TidyTowns committees continues to remain strong.

I want to congratulate Glaslough and all of the other deserving prize-winners announced today.  The work of all those involved in the TidyTowns effort results in the attractive and welcoming towns and villages we see all over the country, and from which we all benefit.  It is this passion and pride that has made our towns and villages not only attractive and welcoming for visitors, but have created a ‘sense of place’ for those who live, work and raise families there.  That is why this competition has continued to flourish for more than 60 years.

The Minister said: “I am delighted to be able to announce that I am making available €1.4 million in order to directly support the TidyTowns committees who work so tirelessly to bring out the best in their towns and villages. All of the towns and villages involved in the competition across the country should benefit from this investment. Wherever you have active Tidy Towns committees, it gives the town a real sense of pride and engagement, and creates a great atmosphere for both residents and visitors alike.”

The Minister also thanked SuperValu, the competition’s sponsor. He said: “I want to pay tribute to SuperValu, who are now in their 28th year as sponsor and who continue to work with us to grow the competition. It is getting stronger every year with increased participation, an increased number of awards and a notable increase in the efforts of the communities involved.

SuperValu have shown fantastic support for the competition, not only through their financial sponsorship but also through the support provided to local TidyTowns groups by their network of local retailers.”

“I would like to congratulate Glaslough for being named Ireland’s Tidiest Town for 2019. It is really a remarkable achievement and is testament to the commitment, dedication and passion of the Glaslough SuperValu TidyTowns committee.

“I would also like to congratulate the category winners who all made an outstanding effort to make their communities better places to live and work in. The immense pride in where you’re from shines through every part of what you have achieved to reach these high standards.

“Since SuperValu started sponsoring TidyTowns almost 30 years ago, the competition has steadily grown from its initial focus on making our villages and towns neat and tidy, to the present day, where it is now the greatest sustainability initiative in Ireland.

“2019 was another landmark year for the SuperValu TidyTowns competition. The competition tagline, ‘Caring for our Environment’, underlines our shared commitment to having a positive impact on our surroundings. This year it has inspired thousands of passionate volunteers and a record number of 918 TidyTowns committees to deliver a range of extraordinary projects across the country.

The SuperValu TidyTowns competition is organised by the Department of Rural and Community Development and sponsored by SuperValu who have supported the competition since 1992.