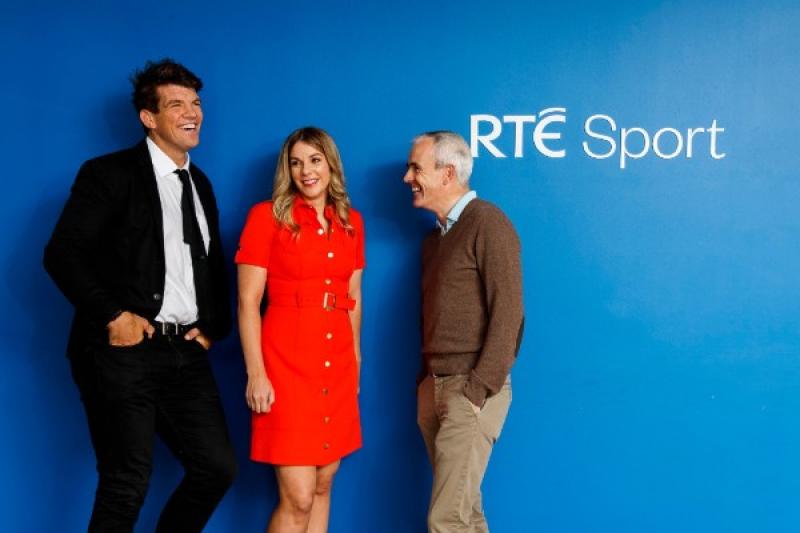 From this evening, Donncha O’Callaghan and Ruby Walsh will be joining Marie Crowe in presenting Game On on RTÉ 2FM weekdays from 6pm. In another addition, the programme will now be extended to 8pm to bring listeners more voices, views and action from the world of sport across the two hour show.

On their debut this evening, Dublin All star and five in a row winner, Jack McCaffrey will be live in studio fresh from his team’s homecoming yesterday in Merrion Square. The programme will also feature Cork hurler Patrick Horgan on the county’s new managerial appointments. In addition, Donncha will be catching up with Republic of Ireland manager Mick McCarthy tomorrow evening.

Former British & Irish Lion, Donncha O’Callaghan won 94 Ireland caps including three Triple Crowns and was part of the 2009 Grand Slam-winning team and won 2 Heineken Cups with Munster, whilst Ruby Walsh is a 12-time Champion Jockey - riding more than 2,500 winners in his career. The two will join RTÉ sports journalist Marie Crowe, a Game On regular, as part of a new line up.

Group Head of RTÉ Sport, Declan McBennett  said; "Ruby & Donncha bring an insight that only comes with elite athletes who have a successful track record. We believe that they can transfer that knowledge and insight to listeners in a manner that enhances our sporting coverage for a sports mad nation."