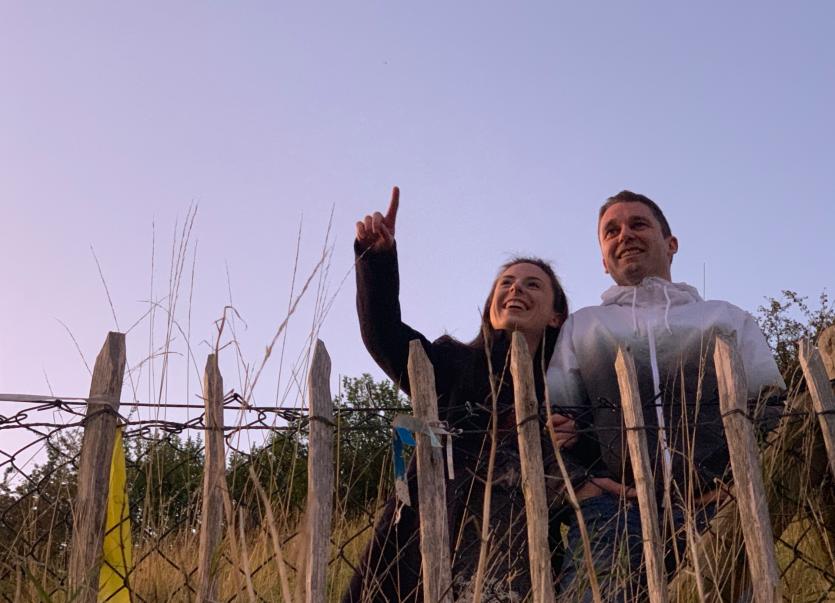 Clodagh Cummins and Brian Lyons who play Jane and Tim in the Good Father next week at the Moat Theatre, Naas

A love story exploring class differences and hearts in need of healing
Reminiscent of the TV show Catastrophe, The Good Father by Christian O’Reilly takes us through what happens in a relationship when an unexpected event takes place at the very start. Tim and Jane meet at a house party in Dublin and from the beginning, their unlikely relationship struggles under the weight of class differences, among other things, but even at its most serious, this play gives us laugh-out-loud moments as we get to know Tim and Jane.

Tim is played by Brian Lyons, one of the two actors who starred in What’s Left of the Flag, the play that was won the 2018 All-Ireland One-Act finals for the Moat Club. Newbridge native and new member of the Moat Club Clodagh Cummins plays Jane. The director is Mary Newman, whose production of Steel Magnolias had an extended run in 2018 and received excellent reviews.

With an atmospheric lighting plot designed by Conor O’Connell, and a pared back set designed by Doreen Ryan, The Good Father is a visual delight. A contemporary soundtrack with the odd surprise thrown in completes what is a feelgood story –throughout the whole journey, Tim’s heartfelt belief in the possibility of lasting happiness has the audience hoping along with him.

The Good Father runs from Tuesday, October 8 to Saturday, 12 in the Moat Theatre, Naas at 8pm nightly. The special offer of four tickets and a bottle of wine for €60 will make for a perfect night out with friends.

Individual tickets are €15 (€12 concessions) and are available from 045 883 030 and on www.moattheatre.com. Please note this play has adult themes and strong language throughout.