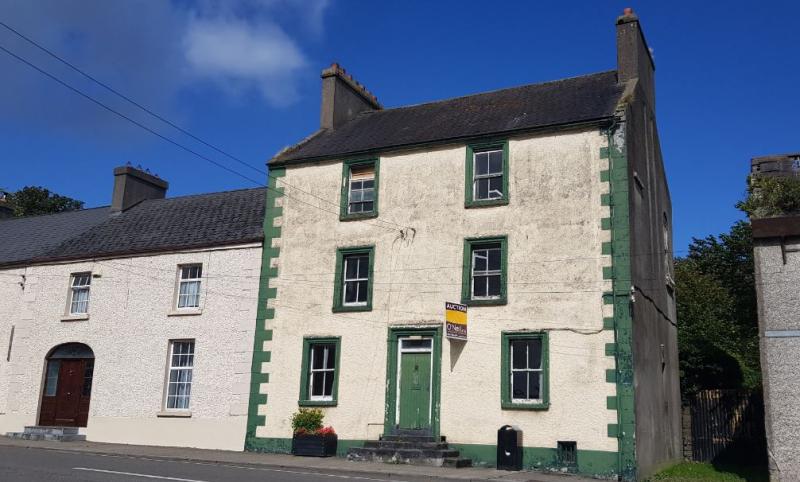 Used previously as a garda barracks, the property has fallen into disrepair in recent years

A period property in Rathangan dating back to c1790 was sold by auction for €156,000. The auction was hosted at the premises of O'Neill & Co, Dublin Road, Naas on September 26 last.

The three-storey protected structure is a former RIC barracks which later became a garda station. Located on the Main Street in Rathangan, the building has fallen into disrepair in recent years.

The property extends to 2,332 sq feet above ground with another 455 sq ft in the basement. It is full of character and has many period features remaining including timber sash windows, cast iron rainwater goods and even former cells in the basement, with a large garden extending out the back.

The property was auctioned by Naas based auctioneers and chartered surveyors, O’Neill & Co.

“We had a huge amount of interest in this property and with restoration, it will make a beautiful family home or a base for a commercial enterprise. We’d like to wish the new owners well with their plans and we look forward to the building being restored to its former glory” said Darac O’Neill, of O'Neill & Co.