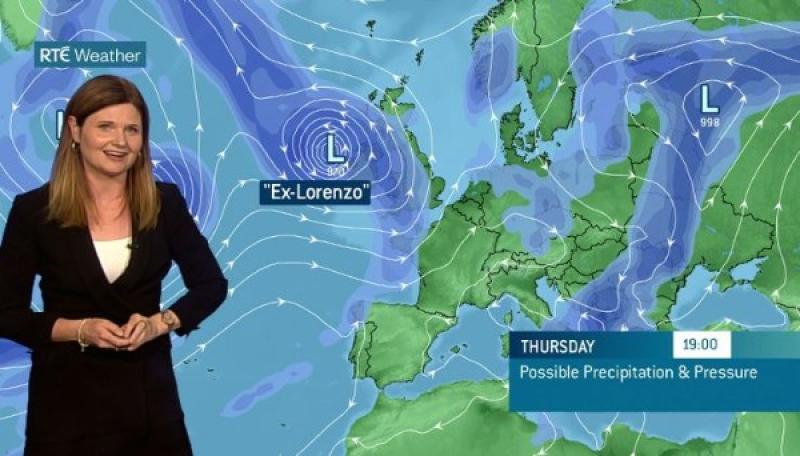 Met Eireann has issued a Weather Advisory for Ireland on Storm Lorenzo.

Weather Advisories are usually issued in advance of official Weather Warnings to provide early information to the public.

Forecasters have confirmed that there is a "high probability that Storm Lorenzo will track close to or over Ireland later on Thursday and early Friday, giving high seas, severe winds and heavy rain."

The Advisory is valid from 12 noon on Thursday until 12 noon on Friday.

Weather Advisories are usually issued up to about a week ahead of a major weather event to provide early information on potential hazardous weather.

They may also be issued when a sum of weather elements acting together create a significant hazard, e.g. winds which may not be up to warnings strength but which, when combined with high tides and significant swell, generate a risk of flooding.

The issue of Weather Warnings and Weather Advisories is at all times down to the judgement of the Met Éireann Meteorologists/Forecasters.