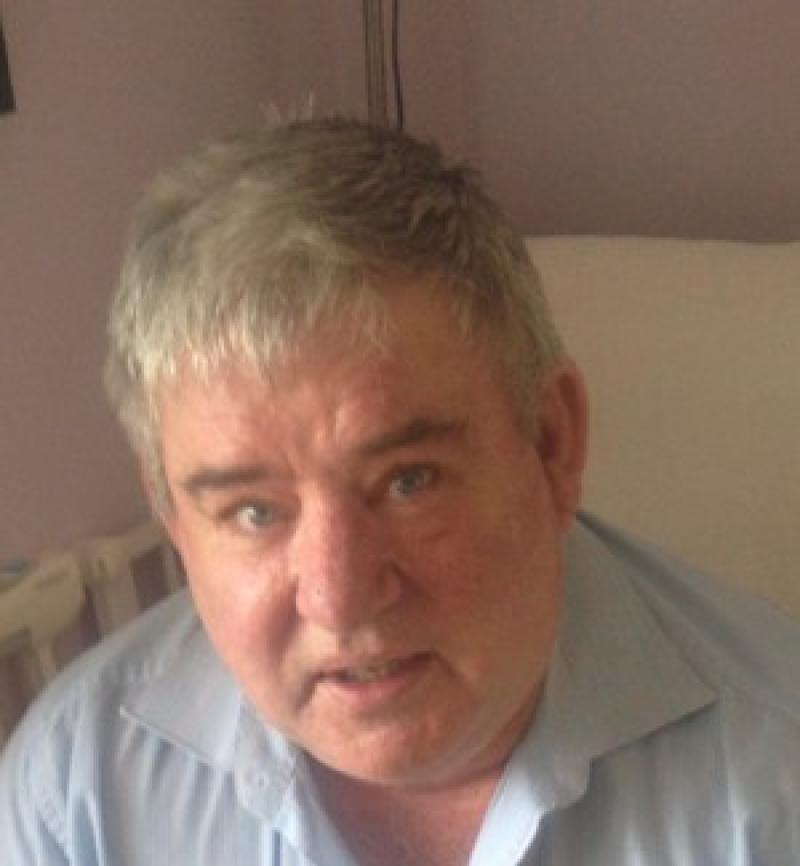 The late Paul Finnan. May he Rest in Peace, amen.

May Paul Rest in Peace

Reposing at the home of his sister Helen Kelly on Wednesday from 4pm with Rosary at 8pm. Requiem Mass on Thursday at 3pm in St. Mary's Church, Broadford followed by burial afterwards in the adjoining cemetery.

Reposing at Rigney's Funeral Home, Athy from 6pm on Wednesday evening with Rosary at 8pm. Removal on Thursday morning at 11.30am to arrive at St. Michael's Parish Church, Athy for Requiem Mass at 12 noon. Burial afterwards in St. Michael's New Cemetery, Athy.

Reposing at The George Mullins Funeral Home, Kilcullen Road, Naas on Thursday from 5pm with Prayers at 7pm. Removal on Friday morning to arrive at The Church of Our Lady and St. David, Naas for Funeral Mass at 10am followed by Burial in St. Corban's Cemetery, Naas.

Reposing at Reillys Funeral Home, Leinster Street, Maynooth on Wednesday from 5-8pm with prayers at 7.30pm. Removal on Thursday morning at 9.30am to arrive at St Patrick's Church, Celbridge for 10am Funeral Mass followed by cremation in Newlands Cross Crematorium. Family flowers only please.

Reposing at her residence on Wednesday from 2 o'clock with prayers that evening at 8 o'clock. Removal on Thursday morning to arrive at St. Brigid's Church, Milltown for 11 o'clock Mass. Burial afterwards in the adjoining cemetery.

May she Rest in Peace.

Reposing at her son Liam and Marie’s home W91H970 on Friday from 4.00 p.m. to 7.00 p.m. Removal on Saturday morning to the Church of the Immaculate Conception, Ballymore Eustace arriving for 11.00 a.m. Funeral Mass followed by cremation in Newlands Cross Crematorium.

Family flowers only please. Donations, if desired, to the Friends of Naas Hospital. Donation Box at the Church.