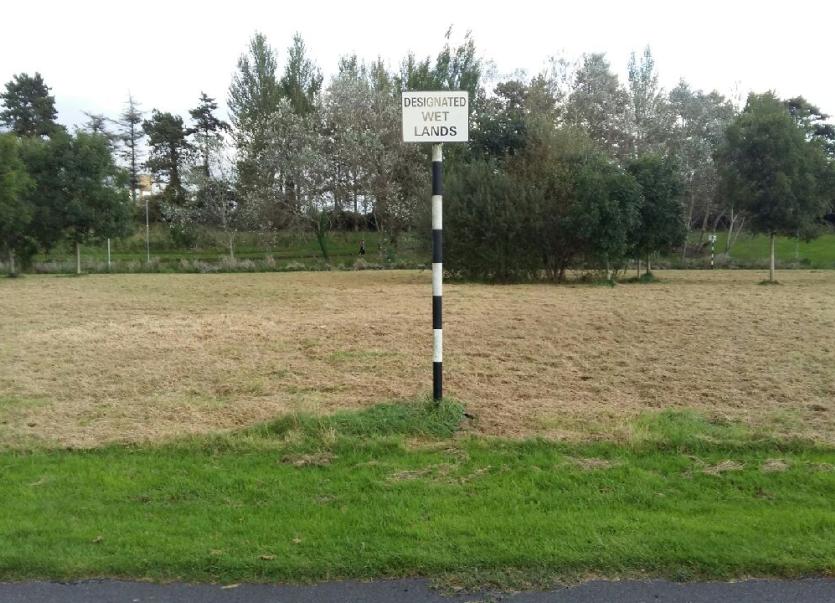 Chris McLoughlin, formerly of Naas, was incensed recently when he visited the designated wet lands near the lakes on the Ballymore Road, Naas.

“I thought I was seeing things” he told the Kildare Post. “There stands a sign reading 'Designated Wet Lands' and the meadow behind is completely mowed down. It has been mowed quite recently and I found dead frogs in the cut grass. In fact, I'm told a couple of herons were spotted scavanging in the cut grass.”

Mr McLoughlin said he was appalled that in this era of conservation and a worldwide focus on wildlife and the threat to our environment, that anyone would cut the grass back completely.

“I don't feel the grass needs to be mowed at all” he said angrily. “It's a conservation area, this will affect insects, pollinators, natural flowers, etc”.

Mr McLoughlin maintained a snipe, a wet land bird flew off as a result of the wild grass being mowed “and he won't be coming back, as there's no protection or cover now”. Mr Mcloughlin also noted that kingfishers have left the area in the past 12 months or more.

Cllr Seamie Moore who lives close to the wetlands area on the Ballymore Road stated “Normally an area like that should only be cut with a 'swathe' so as to prevent the cut grass from falling onto the foot path and it wouldn't cause as much distress to the environment and wildlife there”. He further noted that the cutting of weeds near the water's edge was also ceased in recent years, to aid the natural environment. 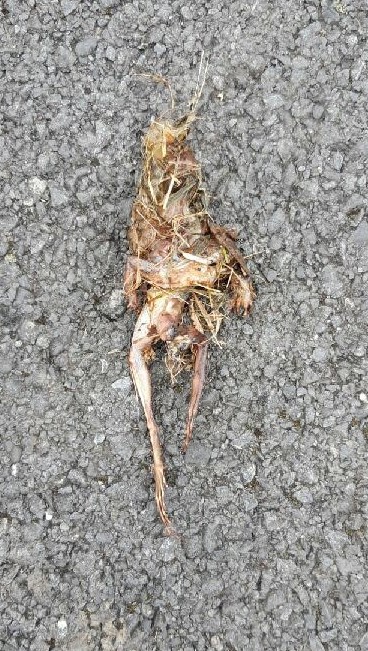 Photo of a frog Mr McLoughlin found, which he believes was mangled by a lawn mower

He stated: “The grass was cut by KCC. We have cut it at the end of each summer the last two years. This was to weaken the grasses growing in the area and to allow other wildflowers to grow.

“Prior to this, the grass was not cut which meant the grasses start to dominate at the expense of wildflowers and plant diversity within the area”.

Mr Wallace further added that grasses have limited if any value for pollinators.

“We carry out the work at the end of the summer so as not to impact on flowering plants and wildlife breeding as is best practice for such an area. We will discuss the issue raised regarding the frogs and snipe, with an ecologist and take their advice in light of the complaint and our reasoning for cutting the area”.