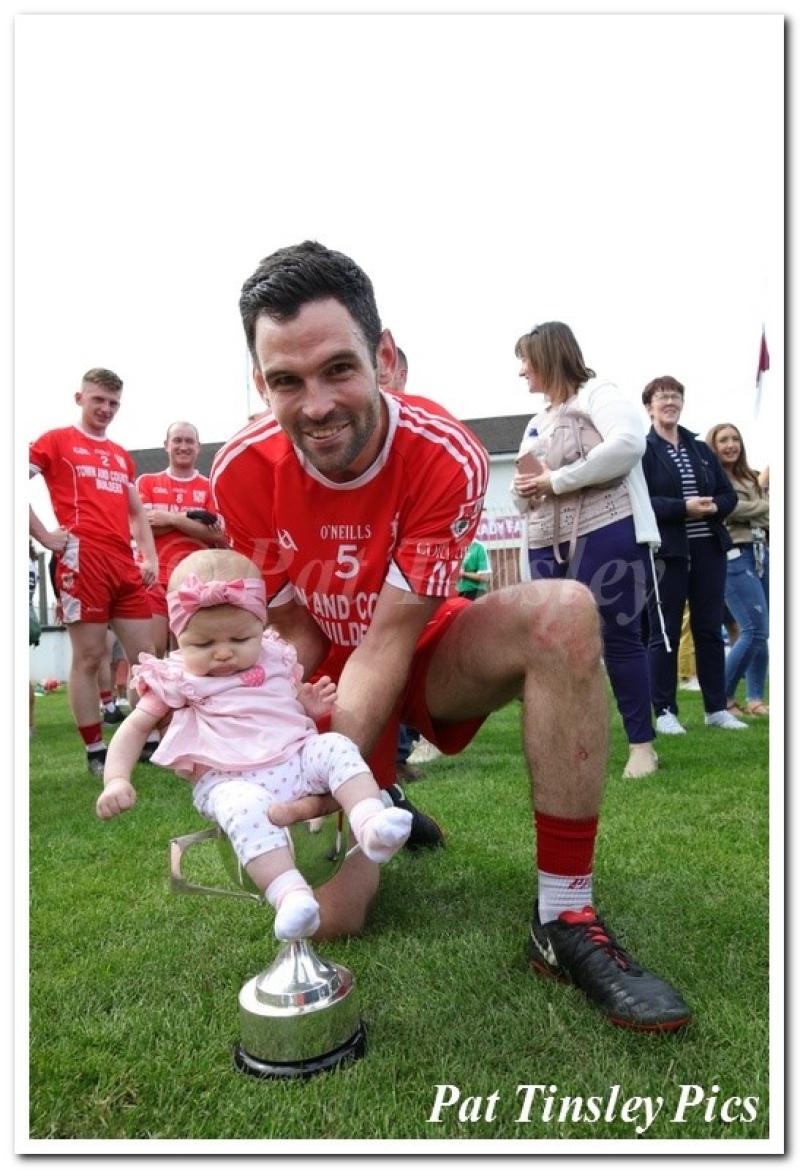 Considering where they have been the last few years 2019 has been much more what we expect of Coill Dubh.

Things looked very different during the early part of the year though, they lost to Sunday’s opponents by 26 points in the opening round of the Championship but slowly and surely they have turned things around.

The League Final victory over Naas was probably the tipping point and they haven’t looked back since and in a lot of people’s minds they will take to the field as favourites.

They have a very experienced side with some players returning from abroad and others from injury and it looks like it’s paying dividends.

Of that older brigade Barry Mullins leads the side as skipper and for him it’s that return of a number of stars that’s seen an upturn in form after the last two years were spent in relegation trouble.

“I wouldn’t say we’ve had a huge improvement, a few lads have been away travelling over the last few years and a few have been injured aswell so it’s just that we have everyone here together now at the moment which is great”.

“We have been fierce unlucky aswell like in the last game in 2018 against Eire Og we only beat them by four points and if we beat them by five we would have been through so very small margins really”.

“Having everyone this year has made a huge difference though”.

As well as having a full deck to play with Coill Dubh also have the luxury of John Byrne leading them and his management and his son Johnny’s full time availability has sent them to another level.

“John Byrne has had a massive impact on everyone and when he speaks you listen to him and he doesn’t take any guff so you do as he says and that’s it and so far it has been working”.

“Johnny Byrne is a serious hurler and has been a serious addition to us”.

“Last year we only had him for one game and he had only been back a week or two previous while now he is hurling full time and it’s a massive boost to everyone”.

“He brings the tempo and everything up at training so its brilliant having him there”, said Mullins.

Another thing that Coill Dubh have been relatively lucky with is the lack of injuries and a full bill of health for most of the year and you can’t ask for more ahead of a County Final.

While that has worked out the amount of dual players and clubs like Allenwood, St.Kevins and  Ballyteague all making the knockout stages of the Intermediate Football Championship has made preparations very difficult.

“We were only talking about it in training the other day how lucky we have been with injuries this year. Thank god nobody is out for a few weeks and months or anything and while we have a few niggles you’d only expect that”.

“The fact that players aren’t missing games is good and it’s great to have that starting fifteen more or less bar one or two coming out. The spine of our team is brilliant aswell”.

“It was a great performance in the semi-final, it was a tough old week in the lead up seen as Allenwood were playing midweek against Sallins aswell.  We didn’t really have everyone training as a result so in the end I’d say the players bodies got tired especially with St.Kevins out the week before too”.

“The toll of the football has meant its been a hectic few weeks for us but it was god to scrape through in the end”, Mullins insisted.

Finally the issue of Naas comes up and you can sense the tone changing for the half back as he eyes up what they face at the weekend.

“We got massive belief from beating them in the League Final but that first game where we were beaten by 26 points was embarrassing but since then we have got our act together and really turned the whole thing around”.

“The League win they were down to 14 men for 90% of the game but yeah it will be a massive test again and they will be really fired up for this as they won’t want to lose to us in two finals”.

Whatever way you look at it how Mullins and his fellow defenders cope with a talented Naas forward line will go a long way in deciding if he’s climbing the St.Conleth’s steps at 5.00 on Sunday Evening.