Clane and Larries to replay after pulsating minor Semi-Final draw 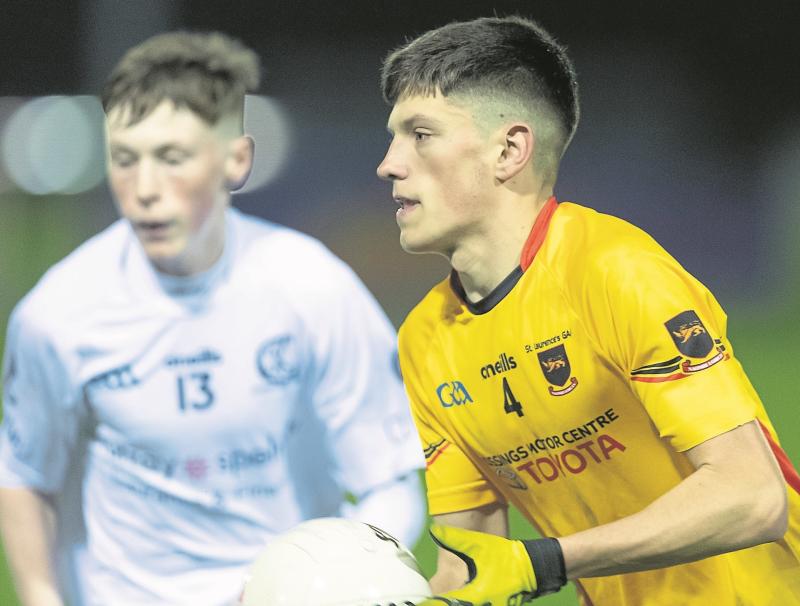 Naas will have to wait a few days longer to find out who they face in this years Minor Football Final after Clane and St.Laurences finished level at Manguard Plus Hawkfield.

It’s a game that could have went either way but eventually a free deep into injury time from Clane’s Sam Reilly earned a share of the spoils.

Clane looked in trouble when an expertly taken Laurences goal in the 58th minute from Felix Lawler edged the League Champions into a one point lead but last year’s beaten County Finalists found a lifeline.

Clane with the help of a John Lynch goal led 1-8 to 0-6 at one stage but the second half sending off to Oisin Tighe turned the tide in Larries favour and they may feel they should have got the job done.

Laurence’s who are managed by Padraig O’Neill started the better with Harry Kirwan kicking the opening point but the advantage didn’t last long as Clane broke away in the 5th minute for a well taken goal by John Lynch.

Sam Reilly and Aaron Connolly followed up with a brace of quickfire efforts and Clane were all of a sudden 1-2 to 0-1 in front.

Larries responded with a pair of scores from Conor Perse and while his influence was improving the longer the half went on he unfortunately picked up a black card for a trip on Adam Fanning minutes later.

The team in White had a 1-6 to 0-4 lead as a result but Larries did reel in that deficit somewhat by half-time with points from Kennedy and PJ Cullen as Clane went into the break with a three point advantage.

It was an incredibly scrappy start to the second half with only two points in the opening ten minutes and they both went to the Narraghmore based outfit as they got back to a point courtesy of Kirwan and Felix Lawler.

Clane then refound their groove with points from Fanning and Mark Kelly to go three in front once more but a red card to Oisin Tighe for firstly a yellow and then black card definitely punctured their effort.

Larries took full advantage with Ian Fleming kicking a super score from play off his left foot and after a few barren minutes Felix Lawler then broke clear of the Clane defence and slotted a home what looked the game winning goal.

Clane had to be thankful for Cian Burke as after the resulting kickout didn’t go the required distance a throw up was awarded and the ball rebounded to Colm McMahon whose goalbound shot was brilliantly saved by the Clane goalkeeper.

Clane took inspiration from that and Danny Vaughan from play and Reilly with a free put them 1-10 to 1-9 ahead entering stoppage time.

Larries showed great character to hit back though and back to back frees from Harry Kirwan looked to have given his side victory.

There was still time though for Reilly to kick a 64th minute equalising free that ensured the teams must do it all again.