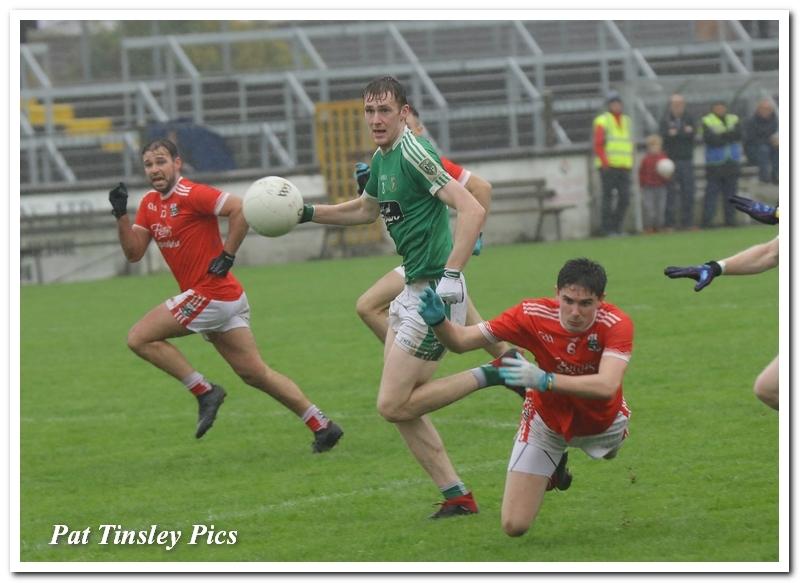 Moorefield are back in familiar territory after they qualified for their fourth Senior Football Final in a row after defeating Athy on Saturday afternoon.

A devastating first half period where they scored 1-9 and led by eight at the break was enough for the Moores to hang on in the end as they led a stirring semi-final for its entirety.

Niall Hurley Lynch for what seemed like the umpteenth time kicked in a 4th minute goal towards the hill end of St.Conleths Park as like two years ago at the same stage Moorefield found a way to win and from that Athy defensive mistake it was always going to be a mountain to climb for Vinny Walsh's men.

When Eanna O’Connor netted in the opening minute of the second half there was eleven points between the sides but the County Champions only scored one point from there as Athy battled back.

When a wayward kickout from Ian McDonnell landed into the grasp of Niall Kelly and the Athy centre forward netted there was real hope for Athy and if a late shot from Kevin Feely hadn’t narrowly gone wide they may have forced a draw.

Still though it may have been unjust as Moorefield were the better side with their awesome opening laying the foundations for success.

Moorefield suffered a blow just before throw in with Adam Tyrrell not fit enough to start with Mark McDermott coming in as his replacement but it didn’t have much of an impact on the Newbridge side as within four minutes they were a goal up.

The goal was a comedy of errors for Athy as a short kickout went wrong and as a result McDermott from a sideline found Niall Hurley Lynch in acres of space in front of goal and the poacher extreme made no mistake in shooting past James Roycroft.

The goal came just minutes after an attempted flick from Hurley Lynch was saved but before long Eanna O’Connor kicked a free as Moorefield threatened to get away from their opponents.

Athy did reply with a James Eaton free in the 7th minute but again scores from Hurley Lynch and O’Connor kept Moorefield in control.

Liam McGovern doubled Athy’s tally at the halfway mark of the half but with the aid of a slight breeze Moorefield responded with three points in a row in the shape of the two O’Connor brothers and McDermott.

David Hyland put in a strong showing for Athy and he got his side’s only score from paly in the opening period when he followed up on McGovern’s second free but they were hanging in by their fingertips as Moorefield by some distance put in their best half of football this year.

McDermott and Eddie Heavey added to the score before the interval and if a goalbound Kevin Murnaghan effort had gone low and not high the game would have been done as a contest but even still Moorefield had a huge buffer leading 1-9 to 0-4.

Things went along the same lines in the second half with Moorefield getting another early goal when McDermott and Anthony Durney combined before Eanna O’Connor expertly finished into the bottom corner.

Athy replied with points from Eaton and Darroch Mulhall but Moorefield’s ferociousness in defence was causing the South Kildare club great trouble.

O’Connor with his fourth point of the game in the 40th minute left Moorefield ahead on a 2-10 to 0-6 scoreline but remarkably they didn’t score again.

Athy found some momentum with points from Paschal Connell and Mulhall on the double to narrow the gap to seven before they got a fortuitous goal in the 46th minute.

A Moorefield kickout from Ian McDonnell went straight to Niall Kelly and the Athy centre forward went directly at goal and rounded the keeper before firing to the net.

Mark McDermott had a chance to extinguish that advantage down the other end but his shot was blocked wide and soon afterwards Adam Tyrrell appeared off the bench as Moorefield tried to see the game out.

The Athy rampage kept coming though with a brilliant free from Eaton near the sideline arriving before Kevin Feely kicked an outrageous score off his left foot with seemingly nothing on and it was all to play for going down the final straight.

Eaton and Feely both had further chances but they could only kick wide and despite a few flashpoints late on Moorefield held on to secure another old firm County Final Date with Sarsfields.